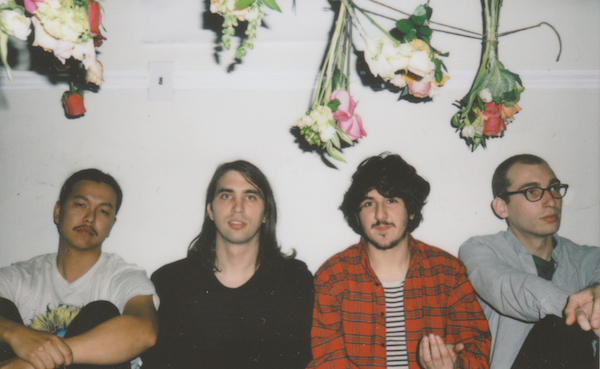 Brand new song revealed
Wild Moth and the Iron Pier record label are excited to premiere a new music video for the Wild Moth song “Buried,” which comes from the Bay Area post-punk band’s recent full-length, Inhibitor.  Featuring stop-motion animation, the video creates a world both grotesque and beautiful and channels the turmoil of the band’s recent life changes.
After finishing their US tour for Inhibitor, Wild Moth had to struggle with their interpersonal relationships as well as how the band should work when a founding member moved across the country to New York. Drummer Cal Tung says: “In our time of struggle we’ve taken a step back to breathe and reflect. We’ve refocused and cleared our minds to see the things that are truly important to us: our relationships and connecting through creative output. This video has struck a chord with us: many things in life are bittersweet, many things can be both ugly and beautiful.”
Wild Moth formed in the San Francisco Bay Area in the summer of 2011 when friends Austin Montanari, Carlos Salas, and Cal Tung decided to start a new project, adding guitarist Marc Leyda in early 2013 and later that year releasing their debut album, Over, Again, on Asian Man Records. Over, Again cemented the band’s guitar-driven, post-punk sound and earned them local praise from SF Weekly’s Sam Lefebvre, who called them “one of the Bay Area’s most promising young post-punk bands.” Lefebvre also noted that part of what makes Wild Moth unique is their willingness to depart from punk’s conventional rhythms for a sound that is “more nuanced, structurally intricate, and melodic.”
Inhibitor, their 2015 follow-up on Iron Pier, keeps their trademark sound but treks further into progressive, post-punk territory with help from famed Bay Area producer and recording engineer Jack Shirley—known for his work with Deafheaven, Whirr, and the one-man black metal project, Botanist—with additional studio work by Max Senna who’s worked with Miserable and Commissure. The influence of both Shirley and Senna is apparent as Inhibitor moves away from the catchier sound of Over, Again in favor of darker textures and a pensive, almost jagged tone. Impose Magazine described the lead single, “Mirror,” as a “deterrence from punk’s normal furies, replacing harshness with tonal melancholy and pleasantly morbid curiosity.” And while these elements make Inhibitor a heavy, saturated record, its tonal gloom is offset with luscious melodies and thought-provoking lyrics.
While you can certainly hear the influence of bands like Isn’t Anything-era My Bloody Valentine, Hüsker Dü, and Mission to Burma, Wild Moth doesn’t imitate the post-punk or shoegaze sounds common to many young bands. By avoiding the rigidity of genre, they’ve developed their own style while upholding punk’s ethos towards social consciousness– The four members are outspoken on social issues and support organizations like Humanist Hall, which serves as a community space for low-income Oaklanders. Their hard work and creative energy has helped them become one of the major figures in the Bay Area DIY and punk scenes. What started as a bunch of friends playing for the thrill of it has grown into a respected band that opens for indie darlings The Men, PC Worship, Perfect Pussy, Self-Defense Family, and Speedy Ortiz.
The video for “Buried” was crafted by artist Lauren Corden, a good friend of the band. The song “Buried” appears on Wild Moth’s LP Inhibitor released in late August of 2015 on Iron Pier. 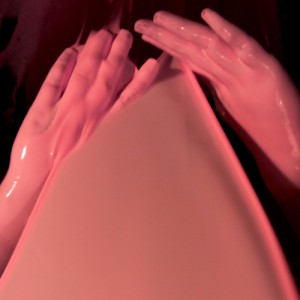