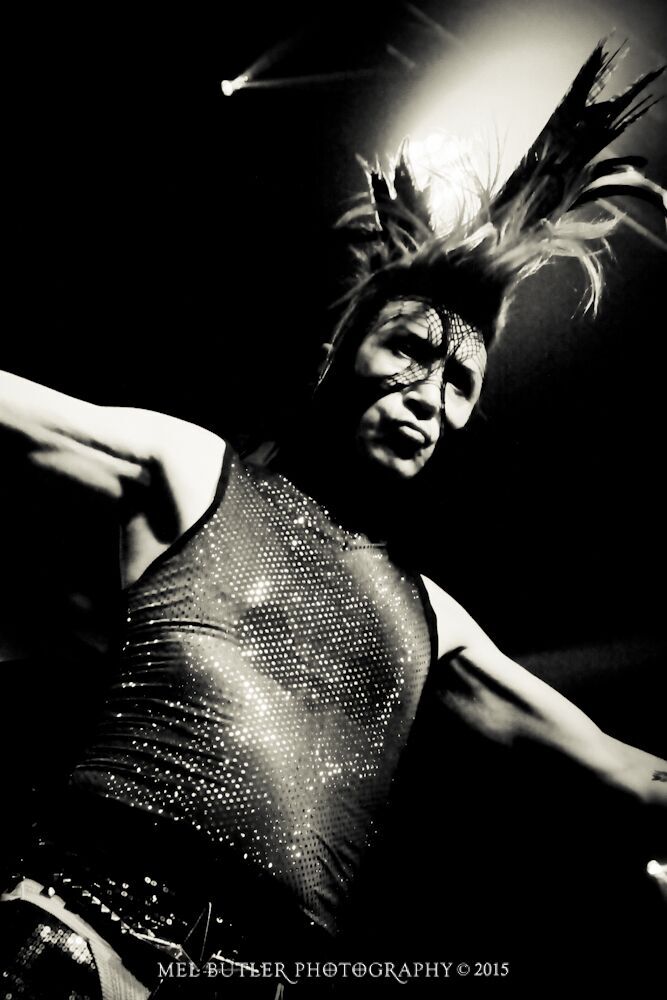 It’s time once again to roll out the black carpet and batten down the hatches, as Whitby Goth Weekend strikes the sleepy seaside town with its biannual independent music festival.

One of the gems in the crown of the alternative scene in Britain, 2018 is our 24th year of providing incredible live music in a safe, friendly environment that’s ideal for all ages.

To kick off our 2018 calendar we’ve diversified even more than we’re already legendary for. Friday Night is set up to be an incredible evening of cabaret, circus and variety performances, as the Spa Pavilion becomes the Goth Weekend big top for the first time! With old favourites and a ton of theatrics planned for the Saturday Night, too, this is truly a Goth Weekend variety show, displaying the best and most bizarre that the alternative has to offer. Standing by our slogan of expanding the definition of Goth, we truly feel that this is a weekend that simply can’t be missed.

With our world-renowned Bizarre Bazaar, an awesome line up of Fringe events and a friendly, supportive team, Whitby Goth Weekend is a perfect event for all, be it the older generation of punks who’d prefer a nice sit down or youngsters who are only just dipping their toes into the Alternative.
We’ll see you there!

Weekend tickets now on sale for £60, with concessions for under 16s and families.

Rayguns Look Real Enough
A mind-melting fusion of rock and roll, cabaret and comedy, Rayguns Look Real Enough tout themselves as being a rock band on the edge. But nobody knows what they’re on the edge of. With a superb sense of showmanship – including a now legendary tiger onesie – and deft guitar playing, this mashup outfit are sure to entertain even the most cynical audience member. Once dubbed the British answer to Tenacious D – But way funnier, Rayguns Look Real Enough are something completely new for the UK’s longest running independent Goth festival – and we can’t wait to see what they have in store!
http://www.RaygunsLookRealEnough.com

Desmond O’Connor
Internationally renowned – and a rather incredible multi-talent – Desmond O’Connor has a twenty year career in everything from musical theatre to production. A favourite of the world famous Edinburgh Fringe festival, Desmond’s cheeky, satirical lyrics have brought hilarity and a slightly alternative twinge to the world of stage presentation with a superb, George Formby twist – a ukulele and a fine suit can easily bring you into a false sense of security – but those rude, loud and witty words are sure to pull you back into reality.
http://www.DesmondOConnor.com

Circus of Horrors
The ultimate in Gothic cabaret – the ultimate in Gothic magic – the ultimate in Gothic entertainment. Since 1995, Circus of Horrors have amazed, shocked and thrilled audiences around the world. Filling stadiums – including the first ever British circus slot to perform in Moscow, and amazing the revellers of Glastonbury are just a few of this alternative circus troupe’s incredible achievements. What could possibly be better to kick off one of the greatest independent festivals in the United Kingdom? This is their first time at WGW, and we’re almost certain it won’t be their last! They’ve promised us an exclusive show completely separate to their current multi-date international voodoo tour – who knows what lays in store…
http://www.CircusofHorrors.co.uk

1919
They’ve been through many incarnations and have cemented themselves as one of the founders of the Gothic movement; but 1919’s biggest achievement is staying true to the ethos they were built on in 1980 – to create a heavy melodic intense dance band with no frills and no intentions. After the barnstorming release of their second studio album, Bloodline, and an utterly touching memorial show to founding guitarist Mark Tighe in 2017, the band have continued to draw in as many new audiences as they have played to fans and friends for nearly four decades. It’s been a rollercoaster – but there’s just no stopping this iconic contributor to the Goth we all know and love.
http://www.1919Official.com

Sigue Sigue Sputnik Electronic
The latest incarnation of the 5th Generation of Rock and Roll, with Martin Degville and a whole host of digital wizardry, is returning to Goth Weekend – stepping sequins and heels onto the Pavilion’s stage to enormous demand. Martin has been a regular, staunch supporter of Whitby Goth Weekend for years, and continues to give us the best of the best – glitzy, ever glamorous and every bit as surprising as Degville’s first demos, this is pure rock and roll electro royalty. With bare rear ends and feathers.
http://www.Sputnik2.com/

The Last Cry
One of the most emotional, gripping live shows we’ve ever seen! The Last Cry’s Andrew Birch is a master of stagemanship, and the group’s incredibly dedicated fanbase have elevated an independent group from Brighton into something truly special; a legacy that they’ve kept adding to and improving every step of the way. Having celebrated their 30th anniversary in 2015, The Last Cry are now preparing for a slot at Wave Gotik Treffen – not to mention their fifth Whitby Goth Weekend performance – and, constantly in demand, they no doubt have many more ahead!
http://www.TheLastCry.Bandcamp.com

Voltaire
Following the release of his latest album, Heart Shaped Wound, Aurelio Voltaire has simply never taken a break. Between his successful animation career, his works in writing and his ever-increasing acting credits, this multi-faceted, devilish cabaret showman is a favourite of Whitby Goth Weekend’s audience and proves his natural charisma every time armed only with a guitar, his smile and a bottle of rum. With deep, smooth, chocolatey vocals and an amazing stage presence, our favourite headliner never ceases to draw in and mystify his legions of fans.
http://www.Voltaire.net

ABOUT WHITBY GOTH WEEKEND
As ever, Whitby Goth Weekend is an all ages event. We welcome – nay, encourage – families to attend and introduce the next generation of alternative music fans. With concessions for kids and families alike, there’s no reason to leave anyone behind!
Now in its 24th year, The Weekend is still one the largest and most successful independent, home grown festivals in the UK – and is continuing to attract world-renowned talents. Whitby Goth Weekend is estimated to produce a whopping £1.1million for the town’s local economy per annum, and  has generated thousands for charities such as the Bat Conservation trust and the Sophie Lancaster Foundation.

The event is celebrated as an icon of the alternative movement, having been studied, visited and explored by television, newspapers and radio over the years, and has, despite all this, remained utterly independent throughout its run. Growing voraciously from its origins as a forty-person pen-pal meet up in 1994, it now attracts thousands from all over the globe, not only to wander among like minded folk, but as a colossal meet up between friends – all from word of mouth, with no sponsorship and no outside funding.

After two decades, the team is still built of friends and family, all in house, and the town now handles between 8,000 and 10,000 people a year, drawn entirely by the spectacle of top hats and tailcoats roaming the town’s Victorian streets.
Diversifying every annum, the event attracts all manner of subcultures, with a melting pot of the alternative population now making regular appearances and meetings to the sounds of a hugely varied series of groups, all of which, in some way, have influenced, or been generated from, one of the world’s most recognisable movements – Goths, punks, steampunks, Rockers, Bikers and more – everybody is welcomed!

Tickets are available now, starting at £60 for two full days of premium live entertainment – with concessions for under 16s and families.