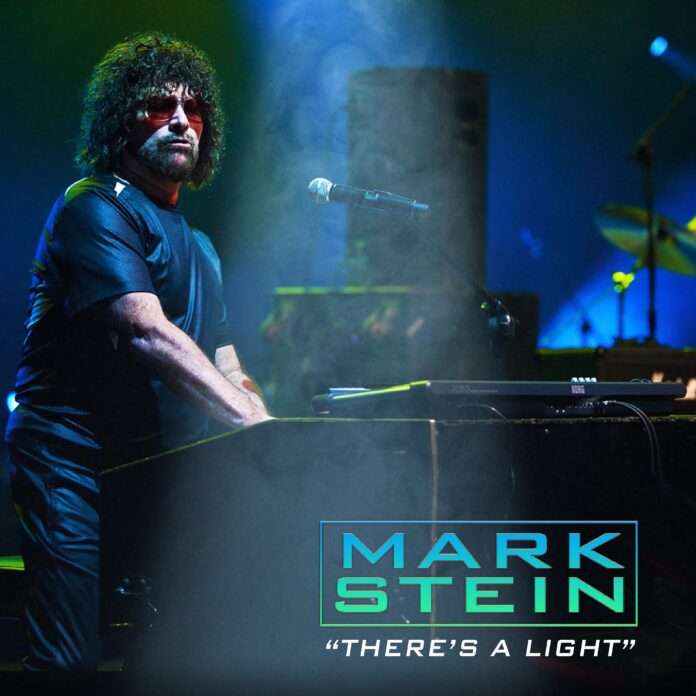 Mark Stein has just released a new collection of songs through Deko Entertainment about Hope, Unity, Concern and Redemption titled ‘There’s A Light”. Sidelined during the recent Covid-19 pandemic and unable to perform live with popular rock band, Vanilla Fudge, Mark decided to put his down time to good use. He wanted to write and record songs about what was going on in America and the rest of the world. He saw social unrest, racial disparity, political division, violence, widespread sickness, and an entire world on the brink of an economic disaster due to the spread of a disease like no other. Yet, at the same time, Stein saw a great opportunity.

Mark has just released a video for the track “Let’s Pray for Peace” which even resonates more during this Holiday season. As Mark explains, “During this Holiday Season, I hope this song helps to bring our volatile world a little closer together” Merry Christmas & A Happy Healthy New Year.”

‘There’s A Light’, Mark’s first ever solo album is a thematic collection of ten songs which weave a remarkable story of what America was, has become, and may or may not face in its future, and critics are taking notice.

“Stein sounds as inspired as ever, and the message he shares is underscored by the clarity of both his passion and purpose.” American Songwriter

Mark Stein first came to prominence in Vanilla Fudge, formed with Carmine Appice, Tim Bogert and Vince Martell. In addition to his many years within Vanilla Fudge, Stein has also worked extensively with such rock legends as Alice Cooper, Dave Mason, and the late guitarist Tommy Bolin. He has also made guest appearances with Deep Purple, Carl Palmer, Steve Miller and once recorded and sang with Michael Jackson.

There are limited edition bundles (while supplies last), which you can order via the Mark Stein Store here: MARK STEIN STORE