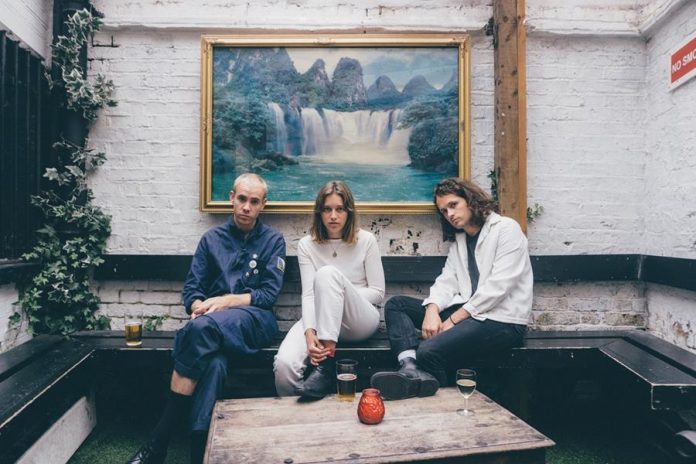 Irish trio whenyoung have announced their second single Actor, which will impact on 25th November.

Actor is the follow-up to debut single See How They Run and is an immediate burst of melodic rock ‘n’ roll with a swarm of unruly jangly guitars, commanding drums and sweet yet punchy vocals. Despite an untainted youthful sound, lyrically the song has a profound meaning. The band say;

“Actor is about contorting your character to fit into a disfigured view of the perfect self in order to belong. It’s about acting every day and projecting artificial images of yourself through social media and in real life interactions with others. This helps to reassure you that you are important, relevant, interesting and necessary but behind it all there’s a sinking feeling. It’s not you. It’s an act. It’s tiring.”

whenyoung are Aoife Power (Vocals/Bass), Niall Burns (Guitar) and Andrew Flood (Drums) who originate from Limerick in Ireland but are currently based in London.

First meeting as teenagers, sneaking into the only indie bar of their city in Ireland, they bonded over cheap vodka and The Velvet Underground. Soon after, Niall moved to London, with Andrew and Aoife quickly following, and here they began writing songs together.

After a handful of packed out London shows, Whenyoung have just announced a further date at Shacklewell Arms on 24th November.

Previous article
Lost In The Flood
Next article
Messiah Complex