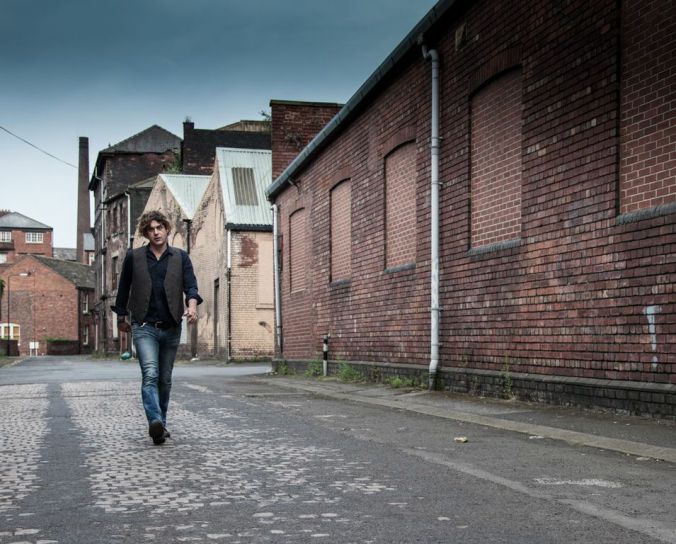 Texan roots rocker Ash Gray returns with his second solo album this month.
Chicken Wire follows on from the acclaimed Once I Got Burned, released back in 2014.
Raised in Austin but currently based in Sheffield, Gray recruited musicians from both cities to contribute to the album, with final mixdown by Grammy-nominated Austin producer Chris ‘Frenchie’ Smith (Young Heart Attack, Meat Puppets, …And You Will Know Us By The Trail Of Dead, The Answer etc…).
The finishing touch came from renowned Sheffield poster artist Martin Bedford who designed the elaborate gatefold sleeve.

Speaking about the recording, Gray says, “The album represents a nice bridge that’s been developing between Sheffield and Austin in the three years that I’ve called Sheffield home. I met so many amazing musicians in Sheffield and have tightened connections with old and new acquaintances in Austin since I began working on these recordings and I was interested in trying to include everyone that I’d been playing with.”
Gray came to prominence around the turn of the century in punk-grass outfit The High Class Family Butchers, alongside Ben Nicholls, now in Kings Of The South Seas, before relocating to New York with psych-pop band Ash Gray & The Girls.
Gray will be playing a series of dates across Germany and The Netherlands with Sheffield band Frogbelly & Symphony in early February, before returning to play an official album launch at The Toolmakers in Sheffield on 16 February.  Full dates are….
2 Feb – Geyger Gallery, Berlin (D)4 Feb – Barnaby’s Blues Bar, Brunswick (D)5 Feb – Hoppla, Cologne (D)8 Feb – Elo Bar, Bremen (D)9 Feb – O’Ceallaigh Irish Pub, Groningen (NL)10 Feb – Janja’s Musik Bar, Cuxhaven (D)11 Feb – Künstlerhaus Faktor, Hamburg (D)
16 Feb – Toolmakers, Sheffield ALBUM LAUNCH – tickets
Chicken Wire is set for release on 26 January on gatefold vinyl, CD and download through Labelship.
Facebook https://www.facebook.com/ashgraymusic
Twitter https://twitter.com/Ashgraymusic
Website  https://ashgraynews.com/