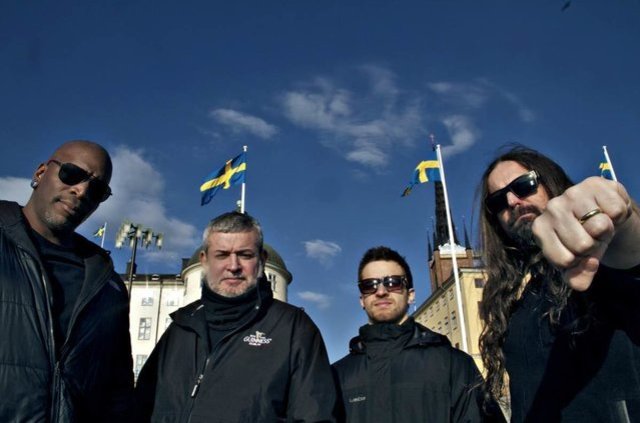 Brazilian heavy metal icons, SEPULTURA, released the title of their upcoming studio album, ‘Machine Messiah’. Inspired by robotisation of our society, the album will be released on January 13th via Nuclear Blast Records.

The album was produced by the band and Jens Borgen (SOILWORK, OPETH, KATATONIA, AMON AMARTH) of Fascination Street Studios in Örebro, Sweden.

Andreas Kisser states:
“I found the work of Camille Della Rosa during some research I was doing to look for alternative artists to work on the cover of our new album. I had the concept in my mind and the name of the album, ‘Machine Messiah’, but that didn’t matter much since I was looking for different styles and ideas, different artists. When I saw her paintings I was really impressed by her style, full of colours and meaning, very unique and alive! She comes from the Philippines, a place where we performed some years ago and we could feel the intensity of their culture, very powerful! She has that power in her paintings and drawings!
The main inspiration around ‘Machine Messiah’ is the robotisation of our society nowadays. The concept of a God Machine who created humanity and now it seems that this cycle is closing itself, returning to the starting point. We came from machines and we are going back to where we came from. The messiah, when he returns, will be a robot, or a humanoid, our bio-mechanical saviour.

The painting ‘Deus Ex-Machina’ is a masterpiece! I was really shocked to see how her concept of the painting was a perfect fit to our concept! The cover was done 6 years ago for our new album and she didn’t know it! Neither did I but I’m glad we crossed each other’s paths. Camille’s work is intense and in your face. We are lucky to have such a great artist working with us; she’s kind and very talented. She brings something new and exciting to a career of 32 years during which amazing artists have created memorable and iconic album covers.
I’m very happy with everything about Machine Messiah, it is a Sepultura album but with a new direction and intensity, a new musical challenge, a step forward! I can’t wait to show the world our music for the new Messiah coming.” 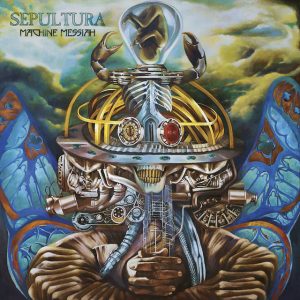 The tracklisting of the new album ‘Machine Messiah’:

SEPULTURA released a special EP titled ‘Sepultura Under My Skin’ last year. Its cover was created around images of different tattoos that the band’s fans sent in. To show their fan base more about the emergence of this release, the fourth part of ‘Sepultura Under My Skin – The Mediator UK Tour 2015’, edited and directed by D.O. Blackley (Her Name Is Murder Productions), has been launched today.

SEPULTURA will be touring the UK/Ireland in February/March 2017 alongside Kreator, Soilwork and Abortedas part of a larger European tour. UK tour dates below: