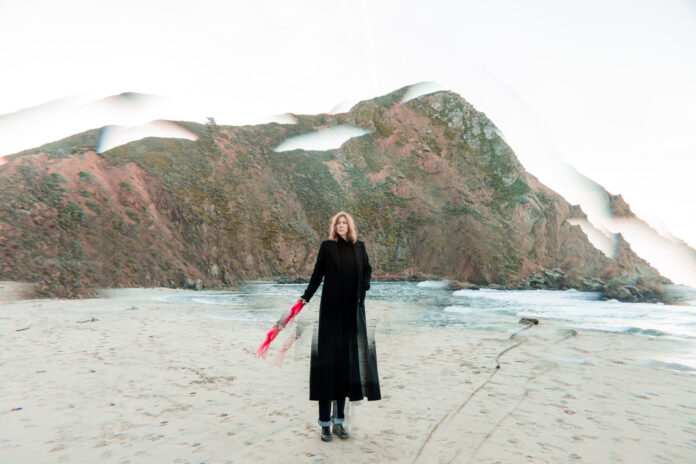 Beth Orton is very pleased to announce details of her seventh studio album, Weather Alive – set for release on 23rd September 2022. It will be her first album through her new record label Partisan Records, home to the likes of Fela Kuti, IDLES, Fontaines D.C., and Laura Marling.

To coincide with its announcement, Orton today shares the first single from the forthcoming eight track record with the expansive and fractured first single, also called Weather Alive. Clocking in at a little over seven minutes, it’s a dark, atmospheric reintroduction to this acclaimed British artist now approaching her third decade in the game. Renowned not only for her distinguishable, fragile vocal, but for a series of genre-defying collaborations; from her early output with Chemical Brothers and Andy Weatherall to Bert Jansch and Jim O’Rourke, Weather Alive finds Beth both standing in front of, and sitting behind, the glass for the first time in her career, and from the comfort of her home studio in London.

Orton did however leave the studio door wedged open to a fine selection of players including The Smile’s drummer Tom Skinner, Mancunian jazz star Alabaster dePlume, multi-instrumentalist/composed Shahzad Ismaily, and The Invisible’s bassist Tom Herbert. As individual artists, they each know the importance and sheer power of letting music breathe and creating a sense of space, which this record positively revels in. Written on a battered old piano she saved from Camden Market, Weather Alive could prove to be another career-defining record for an artist who’s already peppered her three decades in music with a steady series of career-defining records.

It’s a record that collates memories and experiences spanning a lifetime, with stories that touch on struggles, on healing and of beauty.

Listen to the first single, “Weather Alive” HERE and/or watch the video HERE. The video was directed by photographer/director Eliot Lee Hazel in Big Sur.

Beth Orton is one of the UK’s most unique and beguiling voices. Across almost thirty years, Orton’s sound has shapeshifted from her output with The Chemical Brothers, Andrew Weatherall, Red Snapper and William Orbit, to a pioneer of an electronic, woozy brand of trip-hop. Over the course of her six albums to date, Orton resolutely refutes categorisation, weaving from a hushed, folk-informed storytelling to dark, brooding esoteric experimentalism. Through all these different sonic explorations, Beth Orton remains a fantastically evocative songwriter, finding artist fans and collaborators in the most unlikely of places. Out of the studio, she’s shared the stage and mic with the likes of Patti Smith, Nick Cave, Sinead O’Connor, Flaming Lips and Beck.

A BRIT Award winner, and Mercury Prize nominee twice, for all the plaudits acclaim that fall Beth Orton’s way, she continues to take the path less travelled in forging her next move, making for a riveting and hugely unpredictable back catalogue. One of our longstanding finest musicians, and yet one with so much more still to give.

Beth Orton heads out on tour of Europe and the UK in support of Alanis Morissette this month, ahead of a handful of festival appearances throughout the Summer. She then takes ‘Weather Alive’ out on the road in October across the UK/Ireland. Tickets for the headline tour go on general sale from 10th June via See Tickets (UK), and includes a headline slot at London’s KOKO on 9th October.