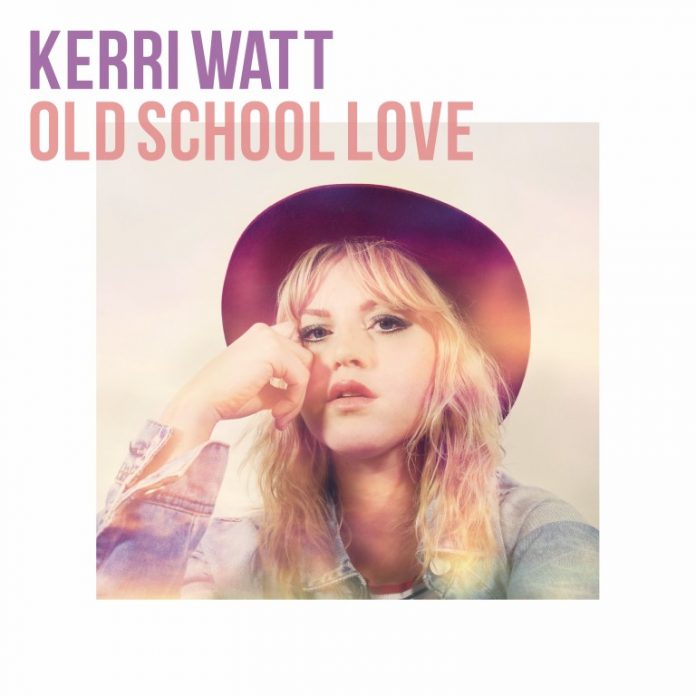 Whilst continuing to showcase her knack for writing a great hook, ‘Old School Love,’ marks a slight change from her previous two singles, the BBC Radio 2 play listed ‘Long Way Home’ and ‘The Wild’.  With a more simple production and mellow instrumentation, it’s a love song that as its title suggests, plays homage to an old school sound. The melody let’s Kerri’s vocal shine, laying bare the honest accessible song writing that has already won her an army of loyal fans.

“I think it falls somewhere between Long Way Home and The Wild because it’s a bit of a ballad but also has a positive, feel good vibe,” says Kerri. “I wanted the song to sound classic and timeless like its title and think we managed to capture that in the production.”

Over the past year, Kerri has been travelling across the world, performing and writing new material. This includes a track written and recorded with Embrace, details coming soon. She’ll also be performing alongside Embrace at one of their forthcoming shows this July.

Kerri’s previous success includes the aforementioned BBC Radio 2 A-list for her single’ Long Way Home’ and a Radio 2 B-List for ‘The Wild.’  She’s performed on ITV’s Weekend Show and STV’s Live At Five, plus had critical acclaim everywhere from the Daily Telegraph, The Independent, The Sun, Metro, Daily Star, Notion, Glamour Magazine, to Attitude Magazine, Music Week and Record of the Day amongst many others.  She also hit Number 1 on Hype Machine with the remix of her single ‘You’ and has performed at festivals including Isle of Wight, The Great Escape, Secret Garden Party and Glastonbury. She’s also supported Nina Nesbitt, Ward Thomas, Starsailor, Mike & The Mechanics and The Overtones.

‘Old School Love’ is out now