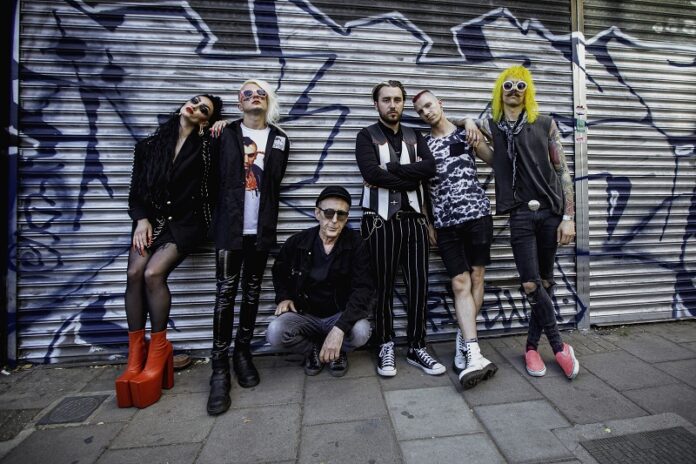 After the melancholy glam blues of the previous single ‘No More Good News’, the title track of the forthcoming debut album. London based JoJo & the Teeth hit you with their third single ‘My Babe’ , a glam rock punch of solid gold, in your teeth, foot stomping, sing along, pop rock.

The band are currently collaborating with Eater main man Andy Blade, after an introduction at a recent Wasted Youth show. JoJo & The Teeth are now officially ‘Eater’. The collaboration has not only put JoJo & Teeth on the radar of record companies, but also Eater superfans Dinosaur Jnr! The band as ‘Eater’ are opening the Hull University – Asylum Dinosaur Jnr show on the 13th October. There’s also talk of tour dates next year with Ash. Already confirmed this year, a London show on the 26th October in celebration of Cleopatra records 30th anniversary, sponsored by Vive Le Rock magazine. JoJo & the teeth again as ‘Eater’ will be playing ‘Ant‘ in its entirety at this event, also on the bill Jah Wobble, who will be playing ‘Metal Box’ in dub for the first time & punk stalwarts 999.