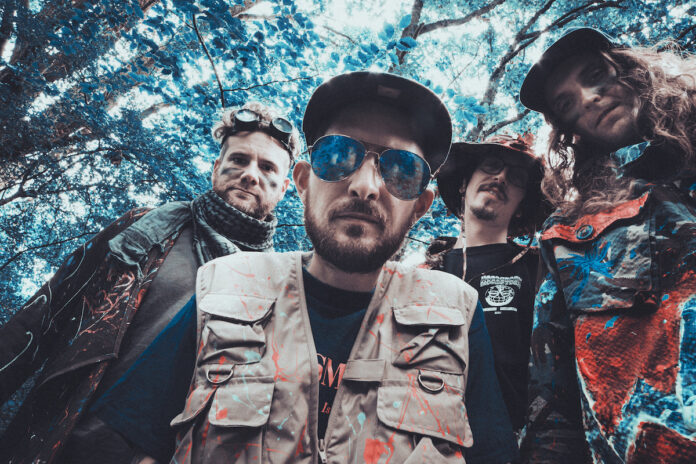 The band are pleased to reveal that the track is the latest to be taken from their forthcoming third album set for a Spring 2022 release, with further details TBA over the coming months.

WACO hit the road again on a string of UK tour dates with Snake Eyes throughout November 2021—tickets are on sale now (see below for listings).

Commenting on the song, the band say: “We all have more in common than we think. All the elements in our bodies were made long ago inside distant stars that went supernova. Separation and division is something we actively oppose in our music, because we see the whole cosmos as being in it together. When we say, ‘You mean the world to me’, it’s not just a figure of speech. On a simple level, the song is about looking out for your mates, telling them you care, and how we can all support each other through this journey we’re on.”

The track follows on from previous single ‘Elevation’, serving as a call to action to WACO supporters both old and new to join the band’s fight over the coming months. The music video, shot and edited by the band, continues the story of the WACO resistance movement.

Having evaded ominous enemy agents during the ‘Elevation’ video, the resistance leaves the city on a pilgrimage to the ancient countryside. We also see a glimpse into the group’s rites and rituals, including how they draw their strength by communing with the natural world.

WACO’s most recent album Hope Rituals was released in 2020 to critical acclaim and was the first to feature bassist James Robinson, who joined the band after the tragic loss of their dear friend Chris Cowley in 2018. While much of their previous 2019 album Human Magic served as a method of healing for the band, the latest offering looked optimistically to the future and a hope of better days.

‘The World’ is released 10th November 2021 via Venn Records