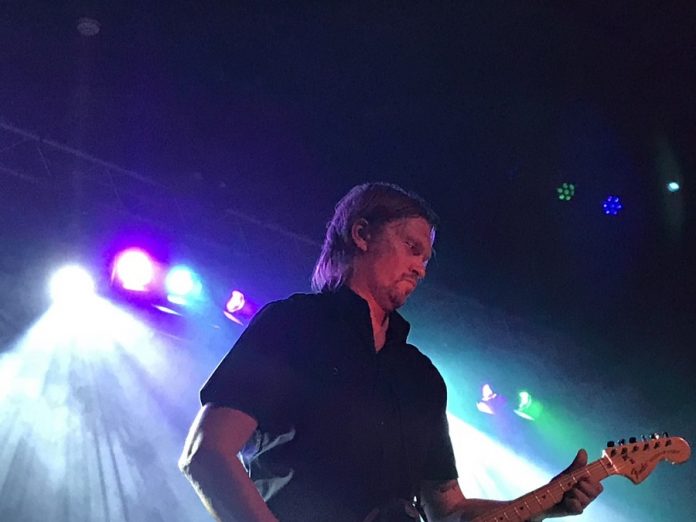 Finland’s finest pop their War Is Over cherry

It’s fair to say that Mikko Von Hertzen doesn’t strike you as a man with a lot on his mind, but it turns out the singer in the band that bares the surname of him and his two brothers either side, is anxious.

“We’re worried Nottingham, because we are premiering so many new songs for you. This is the first time. And I don’t know about you but I remember my first time wasn’t great……”

Now, there is no fumbling around nervously in the dark here. To torture the metaphor one last time, this is a fully fledged and skilful seeing to, from a band that knows just how good its new record is.

Released just a couple of days ago, it takes absolute guts to make six of your first eight songs brand new ones that many of the crowd might not have heard. Guts and a collection of tracks as good as “War Is Over” possesses.

They start with the title track – all 12 minutes of it – and it is sublime. “Jerusalem” isn’t far behind and “Frozen Butterflies” does the intricate but heavy thing that the band do so well.

Where a lot of bands who play prog are a little bit po-faced, that is anything but the case here. Maybe it is because VHB don’t fit in – they are a classic rock flavoured band who does prog rock with glam harmonies – that they can smile their way through. Telling stories about how their keyboard player watched a football match here 20 odd years back, then opining that the teenage girls they saw queuing in Nottingham were going to Rock City round the corner instead of the Rescue Rooms (“we’ve got 12 minute songs, it’s our own fault,” says Mikko) and why Kie can merrily sing Queen’s “Now I’m Here” as they tune up for “The Arsonist.” 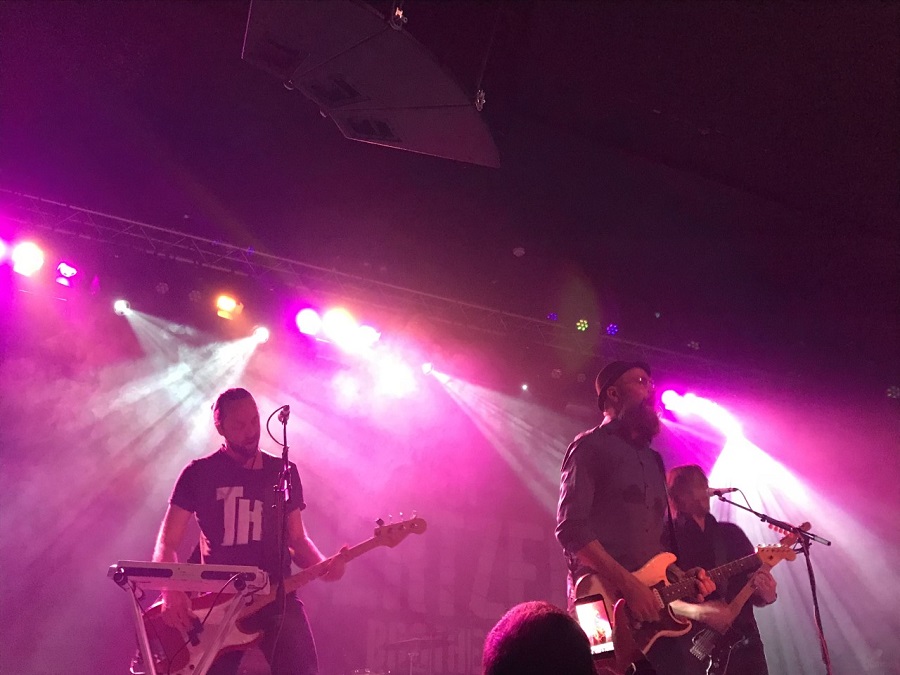 Indeed, the only thing they do appear serious about is their wonderful music. On stage for nearly two hours here, another lot of newbies show their diversity. “Lost Sailor” is marked as a genuine hit single in waiting,, “Who Are You?” is positively dreamy,  while “To The End Of The World” kicks in with a mighty groove, and its other epic, “Beyond The Storm” closes the set like it closes the record, by sounding absolutely huge.

In between all this they don’t forget what is, after all, a stellar back catalogue. “Miracle” is a reminder as to how good their last record was, “Sunday Child Soars”, “Coming Home” sees Kie take lead vocals for a real fun affair and amongst all the others it is “Flowers And Rust” that shows why they fill arenas and have number one hits back home.

The encore initially sees Mikko and Jonne duet on the fragile “Wanderlust” before the rest of the band return and the tempo changes on the outright, heads down rocker “New Day Rising”.

Before they play it Mikko jokes that “we’re here for two weeks, please tell your friends to come see us. Tell everyone we’re fucking brilliant, even if you don’t mean it…!”

We will. They are. And we really do mean every word.