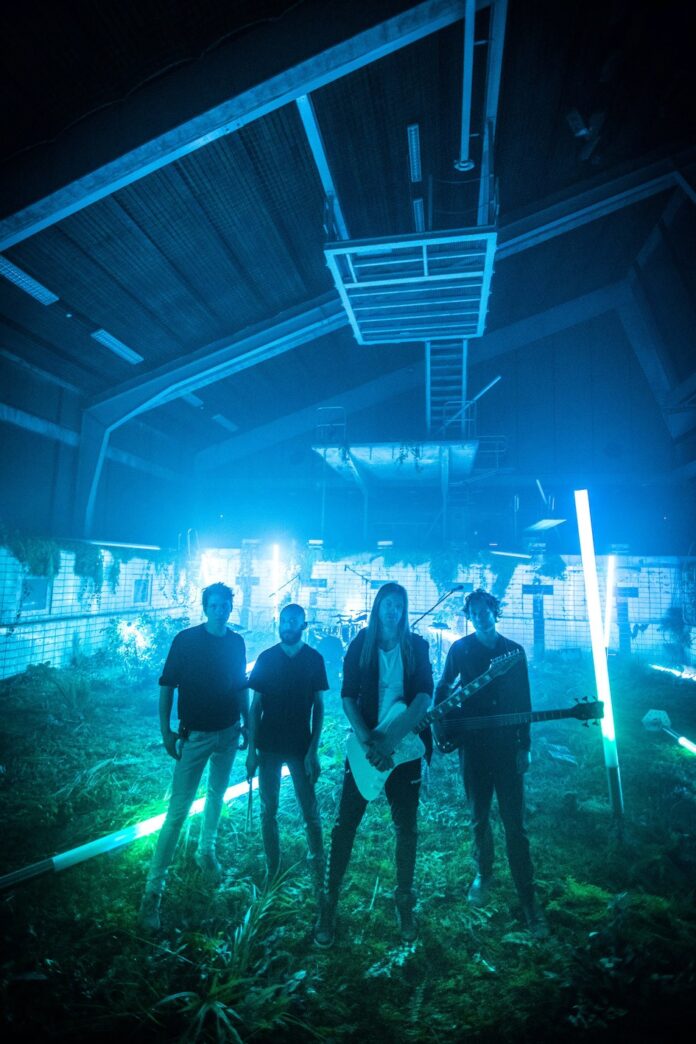 Danish-Swedish quartet VOLA today release their first-ever live recording, Live From The Pool via Mascot Records / Mascot Label Group and will be available on CD, Blu-ray, mint green vinyl and digitally. Watch the stunning performances of These Black Claws ft. SHAHMEN,  Straight Lines,  Inside Your Fur and Head Mounted Sideways.


The band will also be playing three special shows with Devin Townsend in April at the 3Olympia Theatre, Dublin, the O2 Academy Glasgow and the iconic Royal Albert Hall, London. This will be followed by a 21-date European headline tour for September and October calling through Germany, Poland, Austria, Hungary, Czech Republic, Italy, Switzerland, Spain, France, UK and The Netherlands. Support will come from Australian synth-pop prog-metallers Voyager and Nevada’s Four Stroke Baron.

In September 2021, VOLA performed an intimate show in a stunning live setting. ‘Live From The Pool’ took place at the swimming pool of the abandoned Auderød military camp in North Zealand near Copenhagen, Denmark. Designed by the world-famous architect Henning Larsen this defunct building has become part of the Auderød nature park. A place where nature encounters the mysteries of a once existing military base, ready to be explored.

Talking about the show, Nicolai Mogensen says, “The idea for ‘Live From The Pool’ was conceived at a time where it was particularly hard to be a band with an international fanbase. Due to the Covid-19-pandemic making live shows and touring practically impossible, we were forced to think carefully and creatively about how to reach our listeners in new ways. We wanted to do something spectacular that didn’t seem like a compromise – and with loads of help from talented people, we think we succeeded in creating an online concert experience out of the ordinary.”

He continues, “‘Live From The Pool’ is the biggest production we have ever made as a band, and it was very exciting for us to work with such an extensive set-up. We filmed the entire concert, featuring both new and old material, at an abandoned indoor swimming pool with five cameras and a drone, the scenery lit up by a beautiful light installation, custom-made for this show by the Danish audio-visual artist collective Vertigo.”


The show features incredible performances from their back catalogue, including “Alien Shivers,” “Stray The Skies,” “Whaler,” “Ghosts”, as well as songs from their latest album Witness. Fans outside Denmark can hear new songs such as “Straight Lines,” “These Black Claws,” Head Mounted Sideways”, and more live for the first time.