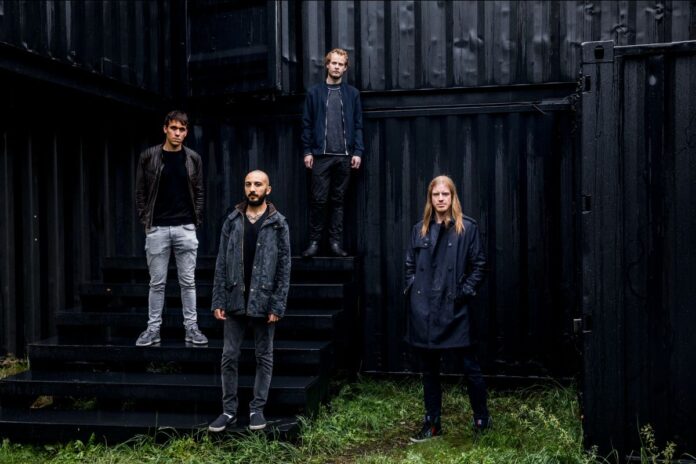 The Danish-Swedish quartet VOLA celebrates the first anniversary of Witness, announcing that they will be releasing a deluxe digital edition that will include bonus tracks. It will be released on 20 May via Mascot Records/Mascot Label Group. Ahead of this, they have revealed the video for Napalm (Re-Witnessed) which you watch here.

The band will also be taking on a headline tour of the UK and Europe between 9 September and 2 October. This will include shows in Bristol, Manchester and London. Support comes from Voyager and Four Stroke Baron. Tickets available HERE

When it was released, the album was a critical smash, surpassing an incredible 14m streams already, it picked up international acclaim from Metal Hammer, Prog Magazine, Distorted Sound and Kerrang Radio & TV in the UK, reaching #7 in the Rock & Metal Charts. They were picked up by SiriusXM for multiple tracks and Metal Radio in the US which saw the album reach the Top 20 in the Current Hard Rock Charts and Top 25 in the New Artist/Heatseekers Album Chart. It also received rave reviews across Europe in Aardschok (The Netherlands), Rock Hard (France), Metal Hammer (Germany) and throughout the press and national radio in their native Denmark. Tracks from the album were also added to numerous playlists across Spotify, Amazon and Apple Music.

The band have recently wrapped up a run of three shows supporting the legendary Devin Townsend in Dublin, Glasgow and London’s iconic Royal Albert Hall. They will be spending the summer playing festivals, including Roskilde, before they head out on a European 20-date headline run in September and finish at Euroblast Festival on 2 October.

Witnesscame nearly three years after the release of Applause of a Distant Crowd, which saw the band go deep into the rabbit hole, exploring society’s distractions from thoughtfulness and examining how human relationships have evolved. Witness went a step further, shining a light on the subject of failed relationships on a societal scale—the friction between leaders and followers caused by the misuse of power. They released several videos from the album for “Straight Lines,” “24 Light-Years,” “Head Mounted Sideways”, and “These Black Claws” ft. SHAHMEN.

“If I zoom in,” guitarist-singer Asger Mygind says. “The failure is born from unrequited love, grief, manipulative behaviour and insecurity. Connecting it with the album title, one could view the characters portrayed in the lyrics as witnesses to the dissolution of the bond they have created with people in their lives.”

After returning from their successful 2019 headline tour across Europe, VOLA wrote the songs for the album. The tour had a string of sold-out shows along the way. It capped off an incredible two years of seeing them also tour with Dream Theater, Anathema, Katatonia, Haken, Monuments, and show-stealing performances at Euroblast, Ramblin’ Man Fair, Radar Festival, Bloodstock, Damnation Fest, Tech Fest and more.

Always evocative, VOLA glide along, barely a breath away from its subject matter, holding the listener close and silent as you observe the journey unfold. Their ability to create a cinematic aesthetic allowed you to be a detached observer and enveloped in the narrative.