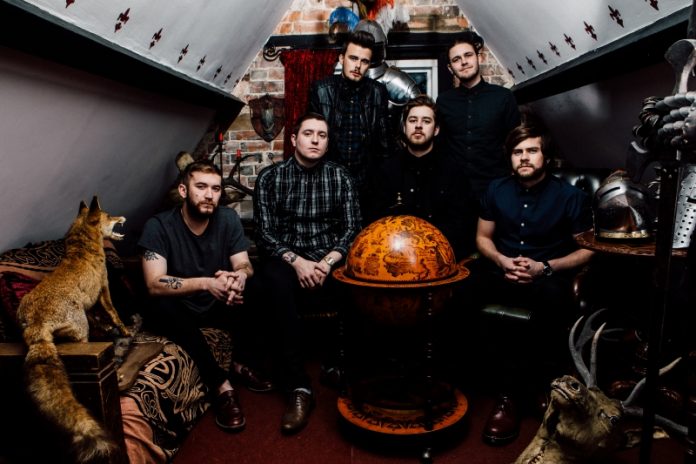 Rousing UK alt-rockers VERIDIAN have released an X-Factor themed video for their latest single ‘Headlights’. The track is the second to be taken from the band’s debut EP 40826D, due for release on the 12th May 2017 via Primordial Records.

Check out the video, which was premiered via Kerrang!, here:

The six-piece have been announced as support to The Red Jumpsuit Apparatus and have more recently confirmed a co-headline tour with Catch Fire.

Combining elements of Young Guns, modern Biffy Clyro, Fall Out Boy, Lower Than Atlantis and more, the aptly named 40826D is a debut release with an impressive amount of swagger belying a maturity beyond the band’s years.

Named after the hue colour of the colour with the same name (albeit spelled Viridian), 40826D showcases a band who definitely aren’t green. Titanic riffs and unfairly ear-catching melodies combine to highly potent effect; darker and more dynamic than the band’s previous single releases, 40826D sees Veridianexpand the sound which fans have come to applaud.