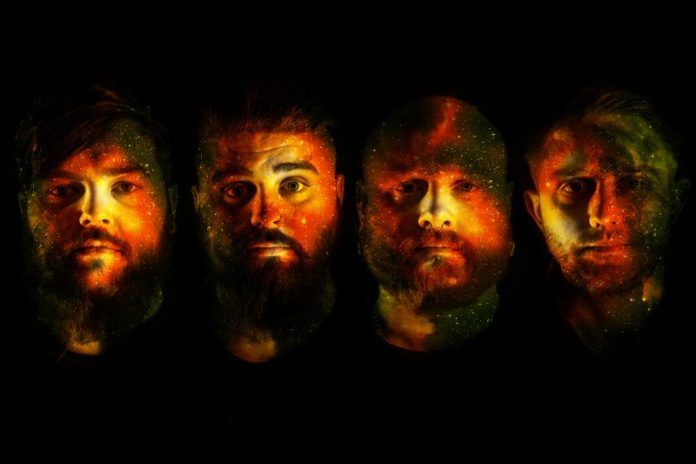 Glasgow post-rock outfit Dialects have been on the rise since the release of their debut EP ‘LTKLTL’, in 2015 which saw them praised highly by the likes of The Independent, Prog Magazine and Echoes and Dust while Kerrang! hailed them as ‘delirious instrumental maestros’.

With lots of plans being made the band are recently released a new double A side single featuring two brand new tracks, ‘Illusory’ and ‘When You Die, You’re Truly Alone’ digitally and on limited edition 7″ vinyl via Sunbird Records in April to coincide with a run of shows with Toska and an appearance at Strange Forms Festival in Leeds and Bristols’ Effigy Weekender.

Now the band have shared a brand new cohesive video which ties both tracks together. Guitarist Connor Anderson comments

“With the releases we’ve done so far, as well as one upcoming one, we’ve been telling story with all these songs. “Spectacular Supernovae” was the first one to introduce people to the characters and then “it’s not a ghost… it’s gravity” allowed us to hint to the events of this video. This video ultimately is the middle part of the story but contains a key event we’ve been alluding to since the release of our EP. All the artwork, song titles and colour choices came into the design of the whole piece.

Due to the nature of the double single being such a specific event Steve was actually the one that suggested a single cohesive video for the tracks. This allowed us to experiment a bit with the concept and push the boat a little bit more. We’ve seen bands do it before, and for a concept this big we gave ourselves nearly 10 minutes for a short story as opposed to nearly half that time.”

The new A-side single has seen the band hailed as ‘Ones to Watch’ by the Guardian while The Independent described them as ‘‘fast becoming not only one of the UK’s most promising instrumental bands but one of the most energetic and downright jubilant post-rock bands this country’s ever produced’. Alex Baker at Kerrang Radio has continued to champion the band while the lead track ‘Illusory’ also picked up spins on Daniel P Carter’s Radio 1 Rock show and Amazing Radio.

With work underway on their debut album the future is looking very bright for Dialects.