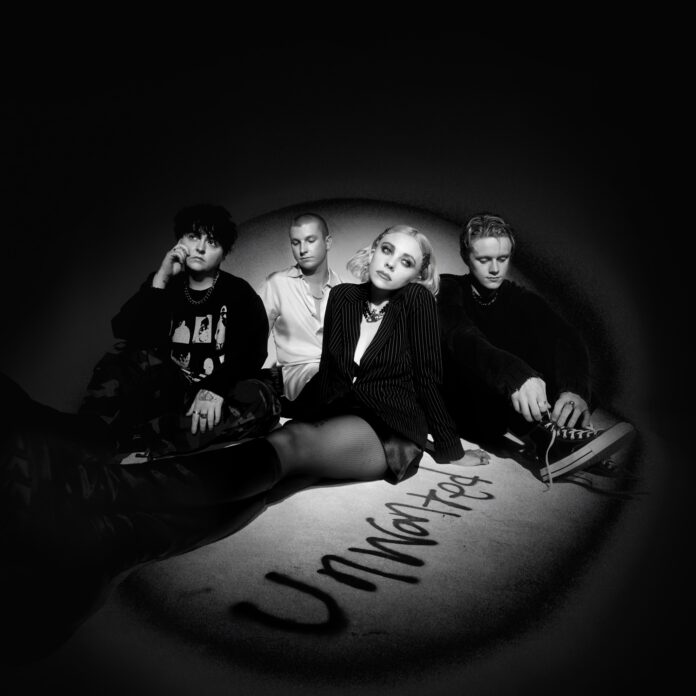 PALE WAVES have released their anticipated new album UNWANTED. Available now via Dirty Hit, the band’s third album is a bold statement of reclamation – from the lyrics to the title itself. To coincide with the release, the band have also shared a video for CLEAN, the album track described by front woman Heather Baron-Gracie as a song for the LGBTQ community.

WATCH THE VIDEO FOR ‘CLEAN’

Recorded in Los Angeles with producer Zakk Cervini (Blink 182, Modern Baseball, Halsey) Unwanted is 13 tracks of classic pop punk with an edge. Think Sum-41 by way of Veruca Salt; all the crunchy guitars and rhythmic drive of 2000s pop punk with the rage of a 90s rock band.

It is an album that knows exactly what it is, goes all in, and does it well. The band found themselves in a place of greater confidence and happiness, and that comes through in the sound, whether it’s drummer Ciara Doran pushing the ability to keep up the drive behind such robust pop-punk anthems, or Heather embracing the darker feelings and frustrations she’s only recently been able to express. “Before, I didn’t feel ready as a person to be like, ‘Yeah, I can be an angry woman and I’m proud of that’,” she explains. By contrast, Unwanted feels like the purgative scream at the end of a years-long inhalation.

“Unwanted is in your face, and that’s exactly what I wanted,” Baron-Gracie says resolutely. “I want Pale Waves to keep growing in this direction. Bigger, bolder and more unapologetic.”

In addition to a packed summer of UK festival appearances, Pale Waves will celebrate the release of Unwanted with a run of UK instore performances. The intimate shows will offer an appetite-whetting glimpse into the Unwanted live experience, which can be seen across the UK in November as the band embark on their biggest headline tour to date. Tickets available now from: https://palewaves.co.uk/live/