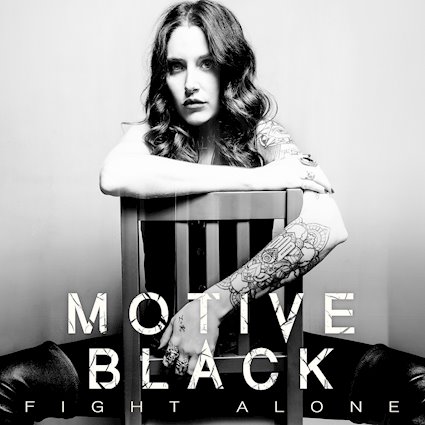 “This song is about losing yourself in passion,” Elana Justin says. “Attraction is a powerful thing, it can be amazing, but also vicious. It can engulf you, and cloud your mind, but also awaken you in ways you never thought possible. Everything feels dangerous and so alive.” She adds: “This song was super intense to create. It’s dark, vivid, and emotional. I felt really raw and almost animalistic when I was writing it. When Ray came in and added drums it brought everything to a new level that I believe only he is capable of tapping into.”

Ray Luzier says “Elana’s a very powerful, emotional singer. Her aggressive yet dynamic lyrics are refreshing to hear. I think this record is gonna turn a lot of heads. We really need great, fresh-sounding, new music like Motive Black, now more than ever!!”

The track will be on the upcoming album titled Auburn. Justin says ” Auburn is named for my sister who unfortunately passed away. She had beautiful auburn hair. Losing her forced me to reexamine my life and make significant changes. I went through a huge transitional period which included both ugly and beautiful experiences. The album is a wild ride through that journey of anger, mania, deep love, and self-discovery.“

Get the song on all digital platforms HERE