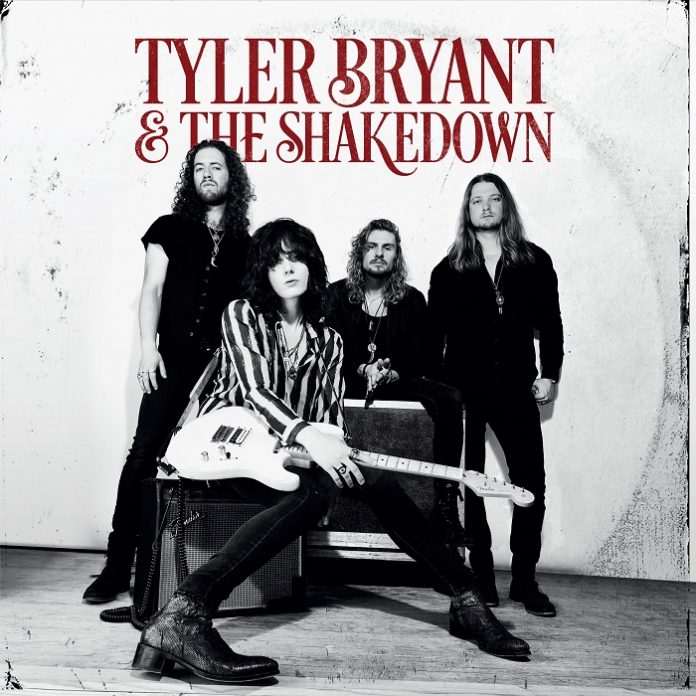 That seems like more than just the chorus of one of the songs on Tyler Bryant And The Shakedown’s second full length album and first for the major label Spinefarm’s new Snakefarm imprint. It feels like a page from Bryant’s diary.

He’s had that sense of wanderlust ever since relocating from Honey Grove, Texas to Nashville, Tennessee (and, as we’ve said before on this site, American place names are so much better than English ones), but moreover he’s an artist that has lived on the road ever since.

And not just with no name bands either. AC/DC in 2016? Yep done that. Then they came back with The Cadillac Three later in the year, and with Guns N Roses this summer.

The thing is that there’s a reason why Tyler Bryant And The Shakedown keep getting plum slots. They are very, very good indeed. Likewise there’s a reason why they fit in on the big shows with the big acts (ZZ Top and Aerosmith have also used them as openers), the smaller gigs with the country bands and their own sweaty headline shows and it is very simple indeed. They couldn’t give a damn about fitting in a pigeonhole. So they fit in with everybody.

If you started with “Ramblin’ Bones” which arrives halfway through this record, and looking at the place he’s from and the the location in which he lives, you’d assume Bryant was a southern rock troubadour in the vein of Whiskey Myers, perhaps. In actuality, rather like the recent Jared James Nichols record, he takes pleasure in playing with the formula.

Opener “Heartland” swaggers out of the blocks, a little heavier than you might expect initially, but there is a dynamic at work here, a tone, ands a huge great hook. This is followed with “Don’t Mind The Blood” and it comes to directly from the desert. All the fuzzed-up fun of Brant Bjork, but even here, it is done very much on Bryant’s terms. There’s a soulful tinge to the backing vocals here for example.

“Jealous Mind” begins with the line: “in every corner of my distorted mind” and there is a claustrophobic feel to its psychedelics, while “Backfire” takes what the band – and make no mistake this is a band effort – have learnt in arenas and makes something that is as dry as dust as QOTSA at their best.

That’s not to say there is no hip-shaking stuff to rouse the rabble. “Weak And Weepin’” brings it by the barrowload, it’s just that this is about so much more. “Manipulate Me” broods in the shadows before bursting into life on the back of a thumping chorus, and “Easy Target” is a big rock song, with an opening riff that is somewhere beyond strident, but the rest of the self-titled record takes some real unexpected turns.

“Magnetic Field” is a trip into some 1960s style sonics, “Aftershock” has a real pulsing quality, as if its got some nefarious business to attend to and the distorted lead guitar is particularly unsettling. They juxtapose this, though with the dreamy “Into The Black”, which doesn’t so much leave the building as float out of the window.

It showcases the diversity on this album perfectly, however. Tyler Bryant And The Shakedown are a band who can pretty much do whatever they want to – and they do here. To add this many layers in a record that is not even 40 minutes long is particularly impressive. Is it their first step towards headlining the stages they’ve trod in front of a mega bands gear? Don’t bet against it.