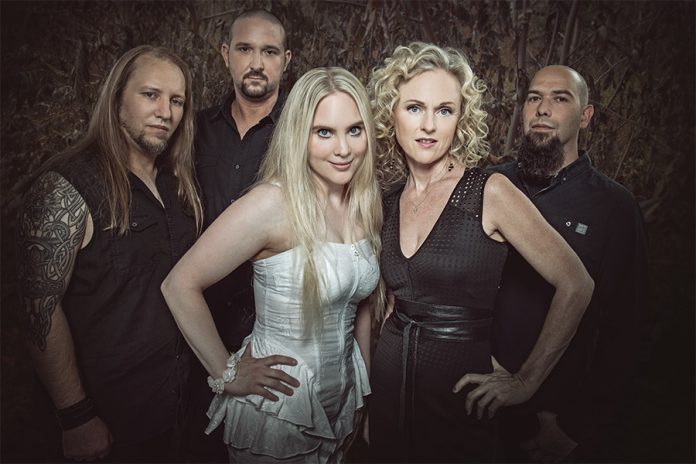 In December 2018, it was announced that Liv Kristine joined MIDNATTSOL as their official second singer – right next to her very talented sister Carmen Elise Espenæs.

The name „Espenæs” rightfully makes people swoon: Liv Kristine and Carmen Elise were a vital part of a magnitude of gothic / symphonic / folk metal milestones – but so far a supergroup involving both sisters sharing microphone duties was only the stuff dreams were made of. This truly is full sister power!

Now the band has unveiled the first details of their upcoming album entitled “The Aftermath”. This includes the first teaser, release date, album artwork, track listing and available formats!
“The Aftermath” relies much more heavily on folk influences lending atmospheric density to the melancholic symphonic metal compositions. It is a sumptuous and sensual affair and a shimmering highlight in the discography of this German / Norwegian team!

Carmen states:
“Today is the day!! Many of you have asked where to get our new CD. Go to this link and be the first to order ‘The Aftermath’. Thank you for the overwhelming support!!”

“The Aftermath” will be available in the following formats:
1 CD Digipack
LP Gatefold BLACK
Digital Album

Get your hand on “The Aftermath” HERE!

More Info On MIDNATTSOL:
MIDNATTSOL released their promising debut album “Where Twilight Dwells” back in 2005. The band quickly gained fans around the Gothic, Metal & Rock scene alike and played numerous shows and summer festivals like Summer Breeze, Wave Gothic Treffen, Mera Luna, as well as support of IN EXTREMO. Their highly anticipated second studio album “Nordlys” was released in 2008, followed up by their latest album “The Metamorphosis Melody” in 2011. After that the band decided to take a creative break, but now you can be sure that MIDNATTSOL are fully back and ready more exciting news to come! Keep your eyes and ears open!