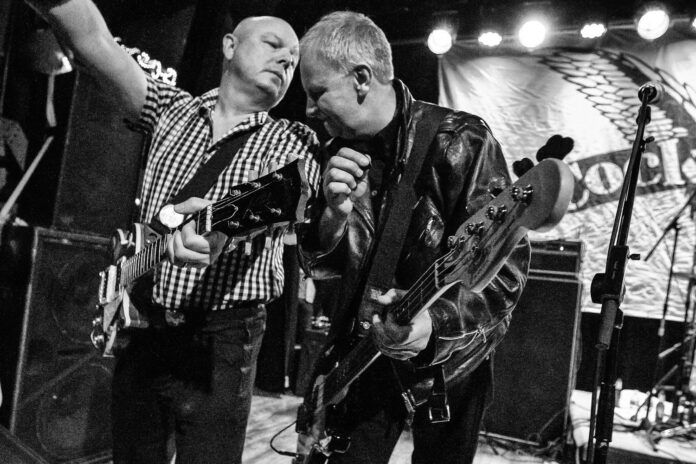 This year see’s Cock Sparrer reach a hugely impressive 50 years together as a band. To the band personally it only seems like yesterday that they were appearing at Trinity’s Youth Club, East Ham playing covers badly and listening to a DJ who got paid more than them!

But here they are with fifty years of touring, drinking, laughing and hanging out with their best mates under their collective belts.

They’re particularly proud to declare that if you’d told them fifty years ago, they’d be in the position that they are today, with the most loyal fans worldwide who know how to have a party, they wouldn’t have believed it and consequently they’re delighted to take that over and above any gold discs or appearances on Top Of The Pops any day of the week.

So in honour of reaching an incredible half-century Cock Sparrer thought they’d throw a bit of a special party!

The demand and interest has meant that the Saturday night show is now SOLD OUT. There are still tickets available for the Friday show.

These won’t be the usual Sparrer gig. The band has a few things planned that they’ve not done before. They’ll be performing two sets each night and there’ll also be a few surprises.

The Sparrer are havin’ it large in London and this is a never to be repeated two nights at an iconic venue they never previously played.

Advance tickets for the Friday are £38.50 via: https://www.seetickets.com/event/cock-sparrer/roundhouse/2111673

Previous article
JOIN GINGER ON HIS JOURNEY
Next article
BAND OF THE DAY: WOLF RD