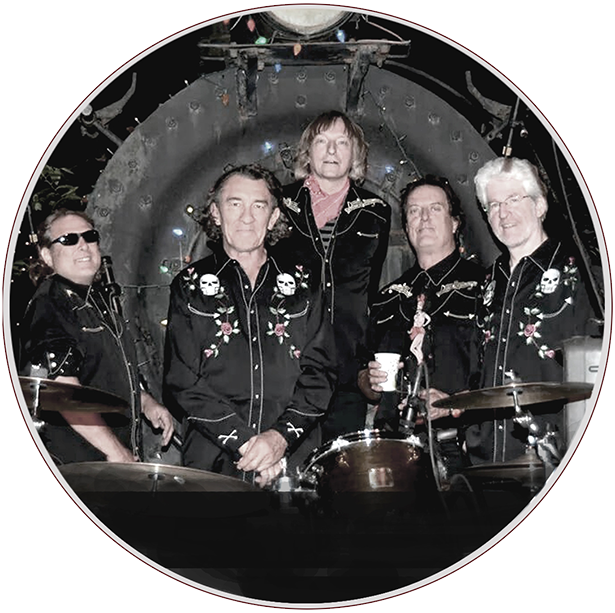 Punks back in the UK

The Tubes, the San Francisco-based rock band, whose eponymous 1975 debut album included the unforgettable rock anthem “White Punks on Dope,” celebrates their return to the UK with their “MONDO PULP TOUR”, 12 nights of non-stop mayhem in the UK in October 2016.

“We’re thrilled to be coming back to the country that started it all for us,” says the Tubes frontman Fee Waybill. “I embrace my British heritage; the beer and the fish and chips and the best rock and roll fans in the world.  The all-new Mondo Pulp Tour will be big fun.”

Founding member and drummer, Prairie Prince, who is also a well-respected graphic designer in his own right, has created a stunning tour poster to break in the Mondo Pulp 2016 Tour. 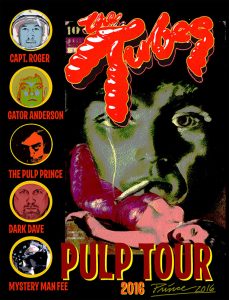 The band’s over-the-top theatrical visual live performances are known to rock fans worldwide for their quasi-pornographic and satiric take on the media, consumerism, and politics, celebrated by lead singer Fee Waybill’s deranged on-stage characters, including the larger-than-life fictitious platform-booted, drugged out British glam rock star Quay Lewd.  In 1977 The Tubes toured the UK, but many of their shows were banned due to British censorship. In February 1978 they released the ground-breaking live album What Do You Want FromLive – recorded at London’s Hammersmith Apollo in November 1977, followed by their UK television debut on The Old Grey Whistle Test.

The Mondo Pulp tour is a fantastic tribute to the Pulp Art era. The material will be different but the band promise to perform all the hits and fan favourites – What Do You Want From Life?, Mondo Bondage, Amnesia, Sushi Girl, Don’t Wanna Wait Anymore, Talk To Ya Later, She’s A Beauty and White Punks On Dope.