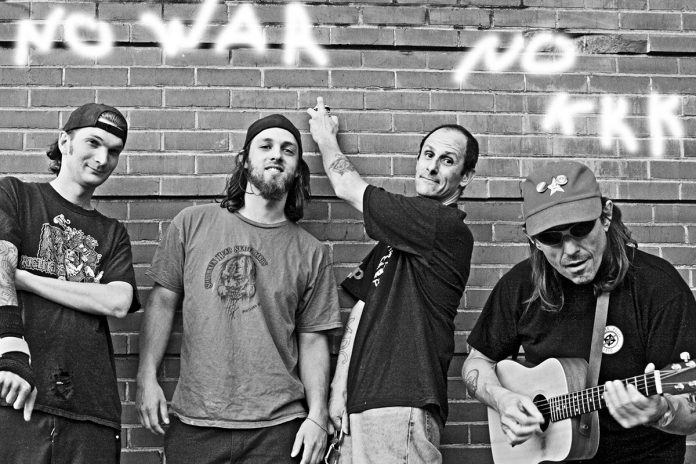 Cult punk band MDC are back with their new album Mein Trumpf, to be released November 3rd via Primordial Records.

Formed in 1979, the underground legends are releasing their first new album in thirteen years with Mein Trumpf, a musical call to equality and a wake-up call to intolerance and hatred. In the band’s own words, ‘We are a Punk Bar Mitzvah band that goes political when times make us’.

Famed for their Rock Against Reagan involvement, MDC are back reflecting on the current state of the world, leading with their chant “No Trump, no KKK, no fascist USA”, repeated now at protests through the States, including by Green Day at the American Music Awards. Initially created by the band with their 1982 song ‘Born To Die’ as “No war, no KKK, no fascist USA”, the chant has resonated with protestors throughout the years and proves the level of underground influence MDC have had on the history of American punk.

Fresh from a seven-week UK/EU tour, the band are to tour the USA in October – more details to be revealed soon.