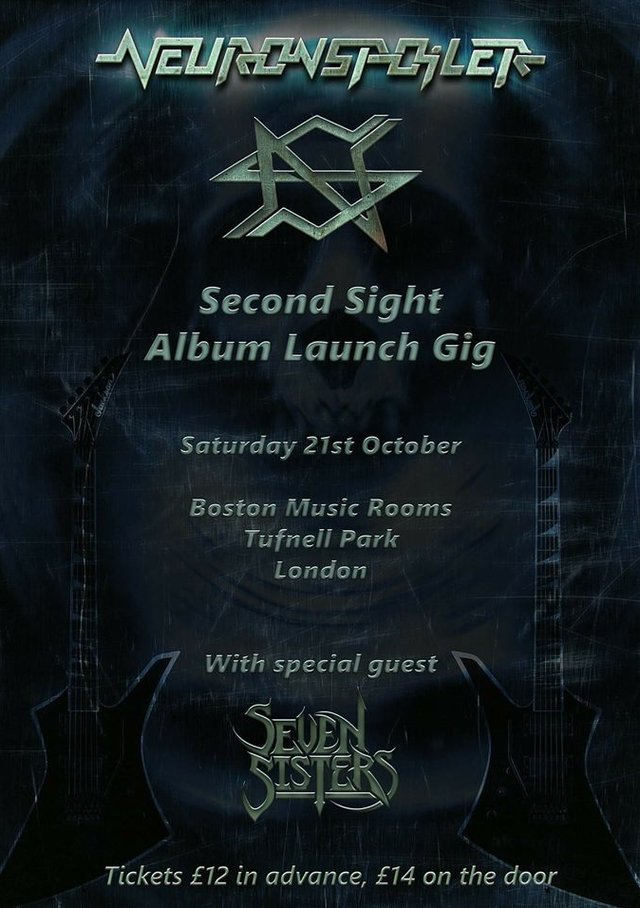 Joining them for this event will be heavy metal purists Seven Sisters.

​There will be a special signing session following the live performances and all are invited. Mark the date in your calendars, stretch those neck muscles and prepare your detox regimes…this one promises to be a belter!

Neuronspolier and Seven Sisters feature on the upcoming BRITISH STEEL album out on Dissonance Productions on September 22, 2017