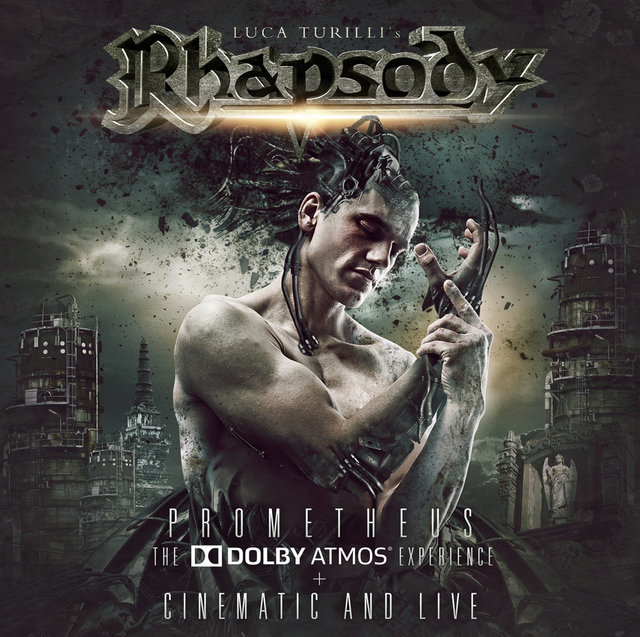 The forthcoming release from Luca Turilli’s RHAPSODY, Prometheus, The Dolby Atmos Experience + Cinematic And Live, will be available from December 9th through Nuclear Blast. In anticipation of this package, the band have launched another track from Cinematic And Live last friday, the live version of ‘Il Cigno Nero [Reloaded]’. Today, Luca Turilli’s RHAPSODY publishes the related live clip of the song. Make sure to watch it here:

Also check out the ‘Prometheus‘ live video from the band’s performance at Masters Of Rock 2016:https://www.youtube.com/watch?v=EcEehsK1B7E

You can now pre-order physical and digital formats of via the following link. Pre-order the album digitally and receive both ‘Warrior’s Pride‘ and ‘Rosenkreuz (The Rose And The Cross) [Live]‘ instantly:http://nblast.de/RHAPPromDolby

The latest album of Luca Turilli’s RHAPSODY, Prometheus, Symphonia Ignis Divinus, was chosen to be the first studio album in music history to be remixed in Dolby Atmos. Renowned producer/mixing engineer Chris Heil (DAVID BOWIE, BRYAN ADAMS, SCORPIONS) mixed the entire masterpiece in Dolby Atmos – the mindblowing result will be submitted for the 2017 Grammy nominations. This unique package will be completed by two brand-new live CDs, which were produced by Luca Turilli and Alex Landenburg, mixed by Christian “Moschus” Moos at Spacelab Studio (Grefrath, Germany) and mastered by Simone Mularoni at Domination Studio (San Marino).