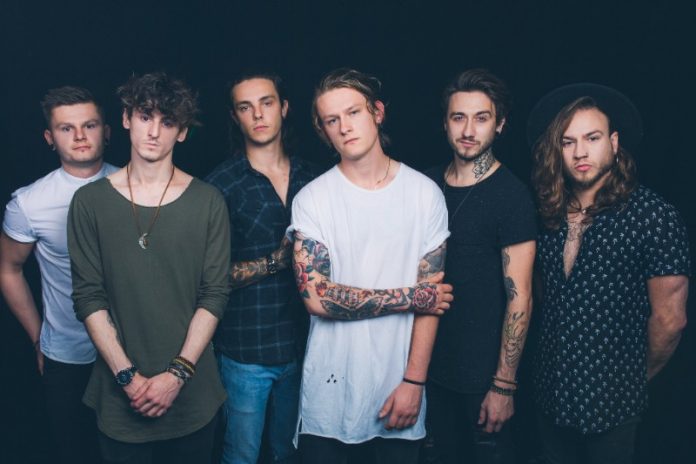 Alt-rockers TRUEHEIGHTS have released the video for their new single ‘Still Moving Colour’, another taste of their forthcoming EP Days We Found – out on 6th April 2018 via We Are Triumphant.

TRUEHEIGHTS, from the UK’s Midlands, formed in the summer of 2014. Releasing the commended mini album TH15 in September 2015 (produced by Matt O’Grady – YouMeAtSix, Deaf Havana, Don Broco), the band have had attention from BBC Introducing, BBC Radio 1, Kerrang! Radio, and Scuzz and Kerrang! TV stations.

The past twelve months have seen the band tour across the UK and Europe with Freeze The Atlantic, DEAD!, Lonely The Brave, Fatherson and more. For fans of Mallory Knox, Deaf Havana, Kids in Glass Houses, the hard-hitting, youthful and anthemic six-piece are here to announce 2018 as their own.

See TRUEHEIGHTS live at one of the following dates:

Previous article
A Live Vintage
Next article
A Bunch Of Nobodys