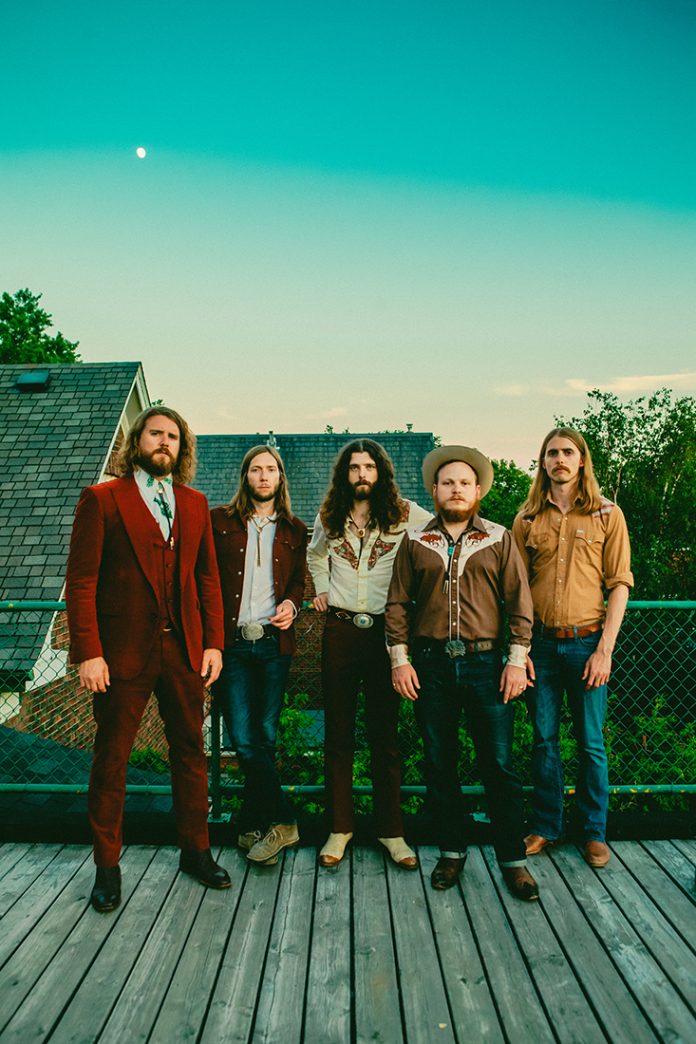 you can watch the tongue-in-cheek clip here.

‘Nobody’ is the latest cut to be taken from the ‘Changing Colours’ album, due for physical release via Dine Alone (The Dandy Warhols, City & Colour) on April 27, 2018. The new clip arrives following recent news of a UK tour, taking in dates in Glasgow and Manchester before finishing at The Lexington, London on April 11, 2018 – ticket links available below.

Speaking about the ‘Nobody’ video, bassist Ryan Gullen says: “Coming up as a band we booked a lot of shows that were us playing at the wrong bar. Playing these shows everyone in the band wants to kill each other. Now we finally got our chance and I got to make it a reality. We shot the video at a bar the Commercial Tavern in Maryhill, ON, one of the oldest still active county roadhouses in Canada.”

The Sheepdogs have crafted a bustling back-catalogue of albums during the course of their career – including a Patrick Carney (Black Keys) produced album – notching up three no.1 singles and earning four Juno awards along the way. Following in the footsteps of Canadian rock legends including Neil Young, The Band and The Guess Who with a bold take on classic guitar rock and polished retro sound, The Sheepdogs came to prominence as the first and only unsigned band to appear on the cover of Rolling Stone, subsequently leading to a performance on Jimmy Fallon, a support tour with fans of the band, Kings of Leon, and festival dates including the likes of Coachella, Lollapalooza and Bonnaroo. Furthermore, the band have previously shared the stage with Paul Rodgers, lead vocalist of Bad Company and Free, won the approval of David Crosby and Steven Stills and performed at Petty Fest alongside the likes of The Strokes, The Black Keys and The Hold Steady.