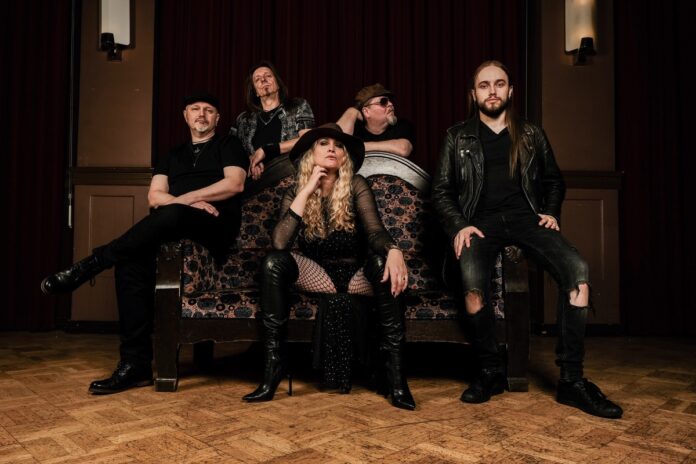 Transworld Identity (T-ID) is a new Finnish hard rock band comprised of Mila Bosa (vocals), Mika ‘Lamppari’ Lamminsivu (guitar), Juha ‘Junnu’ Kinnunen (keyboards), Kasperi Kinnunen (bass) and Lacu Lahtinen (drums). Their music draws inspiration from the core foundations of hard rock music, showcasing the feel-good factor that gets the adrenaline flowing. Having recently signed to Frontiers, they will release a debut album entitled ‘Seven Worlds’ on 17th March, with a first single and video for the song ‘Everything Must Burn’ available from today.

After honing her skills as frontwoman for a hard rock covers act, Bosa decided that she wanted to perform original songs and has been joined by a stellar cast of bandmates to fulfil that wish. Lahtinen is a true showman who has spent time in both Hanoi Rocks and their vocalist Michael Monroe’s solo group. He also spent almost 15 years in Popeda (one of Finland’s biggest bands) until their recent disbandment. Lamminsivu was a founder member of both Baby Green and Technical Justice and has also played with Michael Monroe as well as Dave Lindholm. Juha Kinnunen’s resumé includes a long stint with Finnish rock legend Muska Babitzin, plus playing alongside Marco Hietala and Ryan Roxie, while Kasperi is his son and an accomplished multi-instrumentalist who is also a member of Metallileka and has participated in numerous musicals.