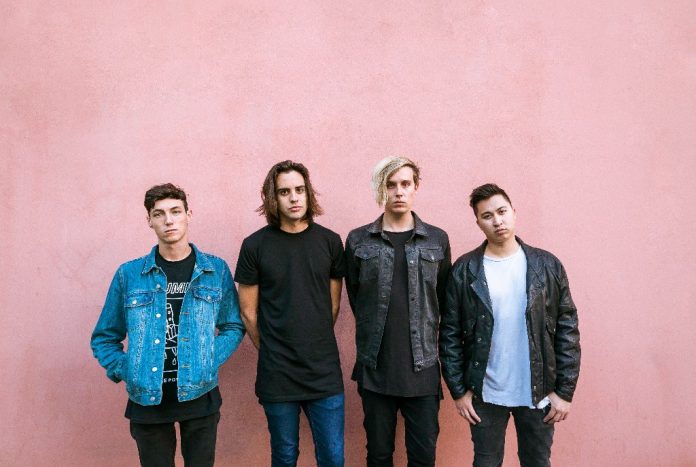 Four-piece Australian alternative rock band With Confidence are following up one hell of a 2016 with their first UK & European headline tour in February & March of 2017. Support will come from Broadside (UK only), Safetosay and Milestones. Tickets go on sale Wednesday 23rd November at 9am.

With Confidence say – “We’re super stoked to be touring around U.K. and Europe this coming February! Though we were sad to see our December tour with Real Friends and Knuckle Puck fall through, we’re excited for our return to now be playing Better Weather in full. See you soon!”

With Confidence made their first appearances in the UK earlier this year, playing Slam Dunk Festival and supporting As It Is across the country. They’ve also toured in Japan supporting The Wonder Years, spent a full summer on the Vans Warped Tour in the US and recently supported fellow Aussies 5 Seconds of Summer on home turf.

With Confidence’s debut album, ‘Better Weather’ was released in June 2016 via Hopeless Records and it’s a record that’s struck a chord with fans worldwide, earning the band acclaim in the press and a continually burgeoning group of dedicated followers.

Formed in 2012 in Sydney, With Confidence is lead vocalist/bassist Jayden Seeley, backing vocalist/guitarist Inigo Del Carmen, guitarist Luke Rockets, and drummer Joshua Brozzesi. The band’s second EP ‘Distance’ was released on January 13, 2015 and skyrocketed to #2 on the iTunes Alternative charts and #10 on the overall iTunes albums chart.