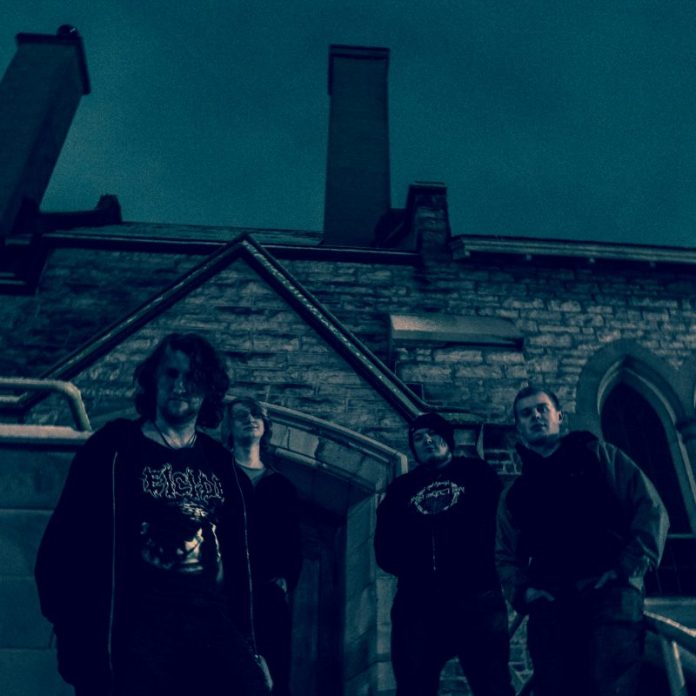 Forging death metal with elements of thrash, groove, black, and melodic tones, Ottawa, ON’s hybrid force OMINOUS ECLIPSE has posted a new lyric video for the title track from their latest album ‘End of Days’ released in 2015, which was an immediate follow up to their 2014 debut EP ‘Beyond The Apocalypse’. The band recently opened for Kalmah and Vesperia earlier this month and have just been announced once again as local support for Aegaeon and Depths of Hatred for their tour stop in Ottawa on May 28th.

Vocalist/ guitarist Graham Murphy comments on the lyric video: “End Of Days,” the title speaks for itself. We took an “end of the world” concept and used a “balance of light and darkness” theme with a biblical topic. The idea is “Death,” symbolized as darkness, shadowing over the world to consume all life. Humanity turns to “God,” symbolized as light, in hope for salvation. God is the one who sent Death seeing us as being undeserving of the gift of life. Although the song may come off as trying to preach morals from a religious sense, we are really just portraying an apocalypse themed song where both light and darkness are our enemy.”