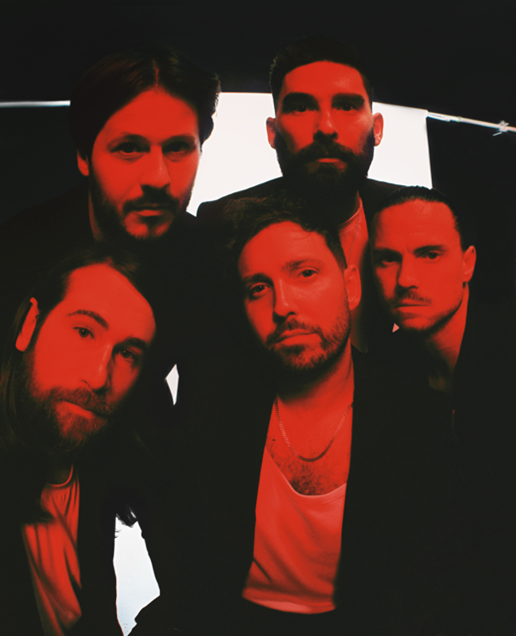 You Me At Six today announce details of their new album Truth Decay, which will be out 27th January 2023 via Underdog Records / AWAL Recordings.

One of the things that You Me At Six discovered whilst making their blistering eighth album Truth Decay was that you don’t really know where you’re going if you don’t know where you came from. As the dust settled on the triumphant campaign for 2021’s Suckapunch, the band’s second UK Number One album, Josh Franceschi (lead vocals), Max Helyer (guitar), Chris Miller (guitar), Matt Barnes (bass) and Dan Flint (drums) regrouped and discussed ideas for their next move.

Josh adds “The album generally is the band doing all the things that we as a band think we’re good at and just embellishing them and finessing those ideas and just trying to do retrospective, quintessential YMAS but in 2022 and give that a new lease of life. For us we saw people around us, our peers and some new blood coming through that were doing emo rock music again and we thought ‘well we know how to do that and we want the world to know how we do it’.”

With the upcoming release of Truth Decay, the quintet have made a record that both celebrates and salutes a wildly successful career as one of British rock’s biggest modern bands at the same time as plotting an exhilarating way forward.  Having a clear sonic blueprint propelled them into a creative purple patch, with four or five song ideas taking shape every day during writing sessions. By the time they got to Black Rock Studios in Santorini to record with VI and Suckapunch producer Dan Austin, they were laser focused.

News of the album follows the announcement of a UK tour in February 2023 and a brand new track  entitled Mixed Emotions (I Didn’t Know How To Tell You What I Was Going Through) .  WATCH HERE

You Me At Six are masters of their genre, representing pop rock & emo on a global level, with two UK Number 1 albums including 2021’s ‘SUCKAPUNCH’ and a further 4 Top 10 Records. They have amassed over half a billion streams across platforms, have graced the covers of global magazines and have had 18 singles on BBC Radio One playlist alone; well and truly proving their mainstream appeal.

The band are currently on a sold-out tour of the US and as they prepare for the release of the new album and upcoming UK tour, they can safely enjoy their status as one of the biggest and most prolific British bands of the 21st Century.

1. DEEP CUTS
2. Mixed Emotions (I Didn’t Know How to Tell You What I Was Going Through)

4. After Love In The After Hours

7. Who Needs Revenge When I’ve Got Ellen Rae

13. A Love Letter to Those Who Feel Lost (feat. Cody Frost)