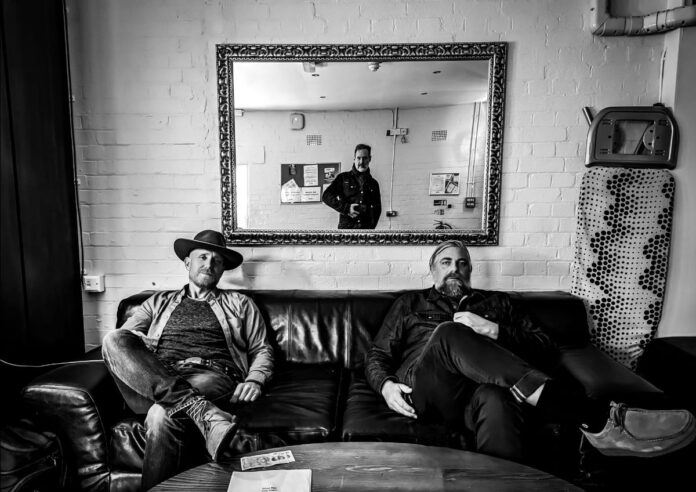 Emmy-nominated singer/songwriter and musician The White Buffalo has shared the haunting new single and video “Not Today,” out today, watch HERE. The evocative song is the first single to be unveiled from his extraordinary forthcoming album Year Of The Dark Horse, set for release November 11 on Snakefarm Records, pre-order the album starting tomorrow, Friday, Sept 30, HERE.

Featuring the evocative vocals from  Jake Smith (The White Buffalo) “Not Today” immediately draws the listener with its hopeful metaphor of the start of a new year which fades through a horserace and wanes as the days tick on until ultimately another year has passed us by. Jake sings: “Resolutions set, Life’s a boundless buffet, Find what’s pure and true, Strangulate my wicked ways, The month moves on and out resolutions fade, Can’t recall what they were, Were they ever even made? Pull It together man, Back on your horse and in the race, thought you were the favorite boy, In the stretch I pull up lame; Morning comes and goes I lie in bed awake, Maybe tomorrow, but no, not today; Today… The rise and fall so swift, invite the tired bones of winter to come on in.”

Recorded at Neon Cross Studios in Nashville, TN with Jay Joyce,  “My forthcoming album is a sonic and lyrical journey of one lunar year in one man’s life” says Jake Smith, aka The White Buffalo. “Four seasons in 12 songs… Loosely based on my twisted truths and adventures. I wanted to show the seasonal effect on the heart and the mind. I also wanted to abandon, sonically, everything. Escape the acoustic clutches and genres I’ve been associated with and shackled to. I wanted to make my headphones album. Every song bleeds into the next.”

Adds Smith, “I created a visual companion as an art film comprised of vignettes for each of the 12 songs. Part performance art, part cinema, the film The White Buffalo: Year Of The Dark Horse will take you, on the emotional roller coaster of this album Four directors take three song sections of the album and each taking a season into another. Winter to spring, spring into summer, and so on. Made to be consumed in one sitting. Hopefully mildly sedated or elevated.”