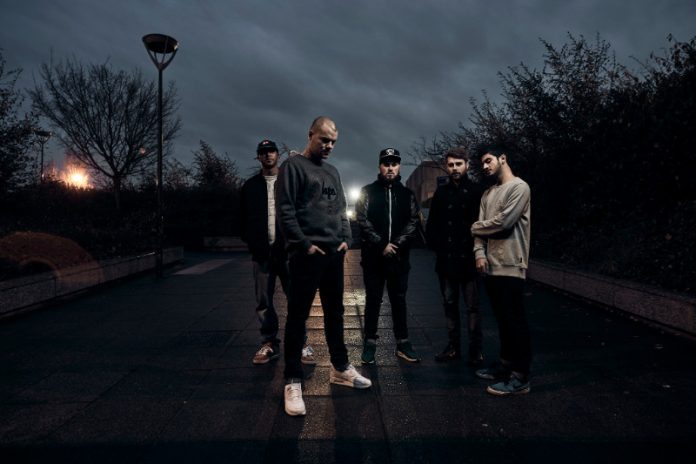 Check out the title track here:

This is their first record since the critically acclaimed debut album Outside The Box, which was released 4 March 2016 via UNFD.

Over-Throne features a cover of Cypress Hill‘s ‘(Rock) Superstar’, which initially appeared on the RockSound Worship and Tributes cover mount CD for their 200th issue.

“‘Over-Throne’ is one of the first new tracks we’ve written since the Outside The Box album came out earlier this year. It’s about people taking the power back into their own hands. We no longer want or need to be governed by soulless money making machines. THEIR interests are not OUR interests. Too much blood has been shed.”

HACKTIVIST have spent vast amounts of 2016 on the road in support of Outside The Box throughout Europe, Russia and Australia, including appearances at Slam Dunk and Reading & Leeds Festivals. Tomorrow they set off on a UK headline tour with Zoax and Bad Sign supporting.

Check out the tour dates below:

Over-Throne is out now via UNFD.

Previous article
Just The Ticket
Next article
Might As Well Jump