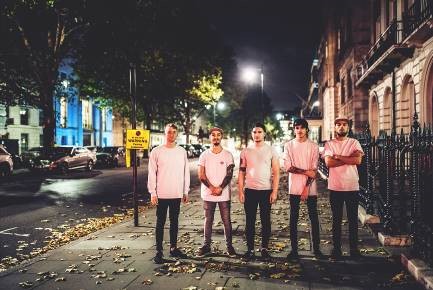 The Londoners’ towering sound nods to everyone from 30 Seconds To Mars, Don Broco and Alexisonfire. GREYHAVEN reveal their blistering new EP Breathe, via Outsider Records, on Friday 12th January 2018, and before then, the band drop the new video.

Since their formation n in 2015, GREYHAVEN have been on a swift upward trajectory. The band’s debut EP, The Flood, saw the foursome build a stout and loyal London-area fanbase. However, it wasn’t until the band’s sophomore EP, State Of Mind, which was produced by Daniel Kerr (Shields, Create To Inspire, Despite my Deepest Fear), that GREYHAVEN really took flight. The riff slingers toured the UK extensively in support of the EP and released three well-received videos. The release gained rampant traction and a host of favourable reviews and coverage, most notably with Scuzz TV and Kerrang, as well as a coveted slot on Metal Hammer’s front cover CD.

At the start of 2017, GREYHAVEN headed back to the studio with Daniel Kerr to begin work on their new EP, Breathe. This release shines and captivates on every level. Compressing four tracks of engulfing modern rock loaded with colossal vocal melodies and astute guitar work, the release is a game changer for the band. The EP lands this January, but before then, the alt-rockers reveal their new video single, which coincides with a UK tour with rising Brit heavyweights As Lions.

GREYHAVEN on tour with As Lions this November: