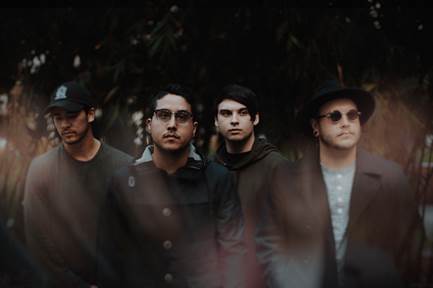 So Cal band with new label and working with top producer

Spinefarm Records is pleased to welcome Orange County, California band DAYSEEKER to its worldwide roster. The band formed in 2012 and went on to release a pair of albums through InVogue Records. Their debut What It Means To Be Defeated dropped in 2013, while its follow-up Origin landed in 2015.

In January, Dayseeker will enter the studio with producer Josh Schroeder (KING 810, The Plot In You, Ghost Bath).

“It’s an honor to be working with a team who truly believes in our collective vision as a band,”Dayseeker vocalist Rory Rodriguez, sharing his excitement about the band’s new label home and about its future material. “We’ve never felt more confident and excited for what the future holds for us than we do right now. This will absolutely be our best album to date and we can’t wait to share it with the world.”