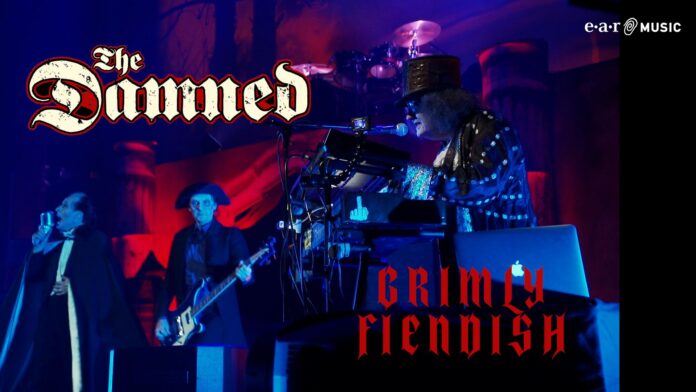 THE DAMNED announce the official premiere of upcoming concert film, A Night of A Thousand Vampires, as part of FrightFest Halloween on Thursday 27 October. This exclusive preview screening will be held at Cineworld Leicester Square in London, tickets on sale now.

Back in October 2019, The Damned took the stage at London’s prestigious Palladium for a very special, immersive musical and theatrical experience. Now, three years later, this unique event will be released as a live album and also a concert film. A Night of A Thousand Vampires: Live in London is due for release on 28 Oct on earMUSIC – watch the trailer here and pre-order here.

A Night of A Thousand Vampires teams the band with the cast of The Circus of Horrors for an evening of shock, awe, and a fierce live rampage through their 40-year rich catalogue. A true event from showmen supreme, it was a historic night in the history of a storied band and a special evening for fans and band alike. It was also a fond farewell for drummer Pinch, his final gig with The Damned after 20 years.

This announcement follows the release of ‘Grimly Fiendish’, the latest single from the up-coming live album and film. A rousing romp and one of The Damned’s highest-charting and best-loved singles – watch here.