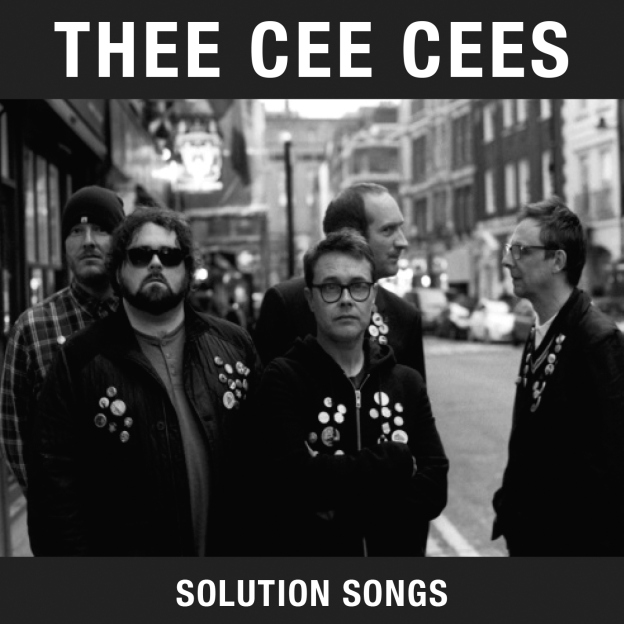 If rock music is art, then let it be a hammer, not a mirror. An artist accepting a bourgeois society is useless.

So reads a passage on the back of this cd from Thee Concerned Citizens. How did we get here? Let’s just blame Simon Cowell. Everything else in the music industry is his fault so why not this? The fact of the matter is, though, that where once the fires of revolution burned and the vitriol ran through music, now it’s all X Factor, homogenised, and a collective corporate “meh”  – for Christ’s sake the word “meh” – apathy put on paper – is in the dictionary.

Or put it another way, the answer is no longer blowing in the wind, it’s voting no mark “celebrities” off a reality TV show.

Political apathy, too, has been done to the point of post-modern cliché. Russell Brand made it cool not to vote a year or two back, but delve deeper and the events of September last year and the astonishingly high turnout in the Scottish referendum proved that if the cause resonated with people they could still be stirred into action.

For all that though, the concept of music as a force for revolutionary change has all but disappeared. Yes Billy Bragg still has the same socialism of the heart he always did, and Frank Turner is capable of writing the odd pithy vignette about Thatcher fucking the kids, but largely, we are too insular to care.

But just when you think there is no left, urmmm , left along comes this collective. Thee Concerned Citizens are a group of people including Bruce Soord of the wonderful Pineapple Thief, Chris T-T (who takes lead vocals here) and Adam Devlin (The Bluetones)  who have come together to make music the way it used to taste.

“Solution Songs” lays its cards out on the table early. The hedonistic rock n roll rumble of “Deft Left” begins with the line: “Everyday I wonder, what happened to the anger,” and proceeds to excoriate those that just aren’t bothered.

The title track – which shall we say bears a similarity with mega-hit “Three Lions” – explores these ideas further, calling for the “righteous to stand” and demanding that music be the solution not the protest.

These tenets set, we are essentially off and running. Very few escape the scathing critique, “if you’re a rebel outsider drinking JD and coke,” opines “Don’t Call On Rock n Roll, Call On GDH Cole” “then you ain’t nothing but a joke, a joke, a joke.” – and in doing so becomes the only rock song in history to namecheck a political theorist.

It’s best moment comes right in the middle. “Never Cross” takes its cue from bands like The Senseless Things, but it’s pulsing and urgent – and it is makes for a quite superb elucidation of workers’ rights.

And so it goes. “Better Than Wages” is pure Dr Feelgood, and “Vote!” drips with nostalgia and by the time it ends with the strings (played by Manic Street Preachers string section) of “Relentless,” which uses its lush tones to hide the vitriolic lyrics, there is a sense that something very, very uplifting has just happened.

Perhaps this is  – to borrow a Billy Bragg album title –  merely reaching to the converted, but on May 7th 2015 the UK goes to the polls again to make a decision. If this brilliant record becomes your soundtrack to that election then it’s done its job. Or, if you just want to enjoy this as a fantastic piece of rock n roll, you can do that too. But if you would just kick the arses of Cameron and Farage while you are listening to it, that’d be good too.