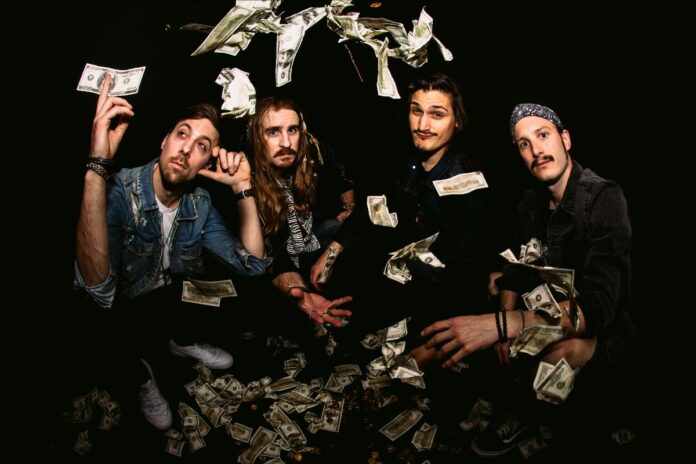 London-based heavy hard rockers Daxx & Roxane have returned to the fold with a new single, a cover of Stevie Wonder‘s ‘Superstition’. The track is taken from the band’s upcoming covers EP, DROP, due for release 25th March 2022.

As a standard appearance in Daxx & Roxane‘s live shows, the band comment on the release of the new single: “The cover of Stevie Wonder‘s hit song takes a dive into our groove roots, and we’ll forever admit that if it weren’t for rock, we would probably be playing funk”.

‘Superstition’ follows the band’s previous release of legendary French musicians Téléphone‘s cover of ‘Argent Trop Cher‘, the first ever to be translated into English. On the upcoming EP drummer Luca Senaldi explains: “This EP is our creative release in between albums. It’s a way for us to exercise the music that inspired us and also to experiment with new recording techniques at our home studio. We didn’t want to go for any obvious covers so we learned more than a 100 songs and ended with these four tracks that really stood out in our style.”