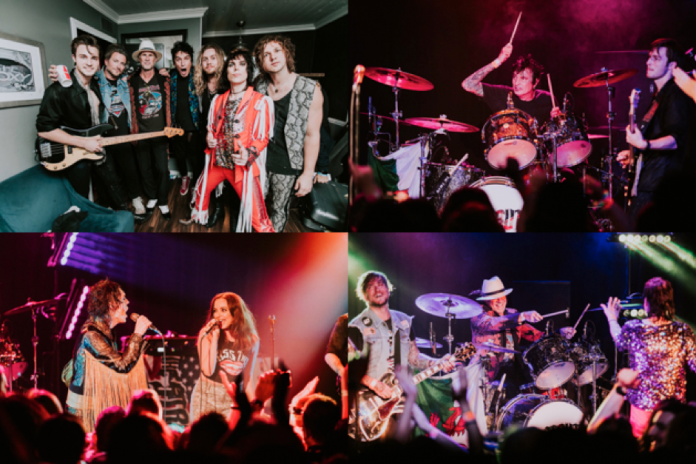 Acclaimed British rockers The Struts have announced that their brand new single, ‘Body Talks’, will be released on June 15th via Interscope/Polydor Records. Fans will have their first chance to hear it when the band perform it live during their main stage appearance at Download Festival this Saturday, supporting Guns N’ Roses. They will also be debuting a number of other new songs during their UK headline shows in London and Manchester later this month.

‘Body Talks’ is the first track to be taken from their eagerly anticipated second album and follows the release of last year’s US hit single ‘One Night Only’. The new record is set to be their biggest statement yet and will continue on from where their 2017 critically lauded debut Everybody Wants left off.

The announcement comes just after the band – whose live performances have had music critics around the world raving about their electrifying, high octane show – completed a sold-out, star-studded four-night residency at the iconic Sunset Strip venue The Roxy in L.A just last week.

The Struts are leading the way for British rock bands in the US, having already shared stages with the likes of The Rolling Stones, The Who, The Killers and Mötley Crue, and will be heading out on the road with Foo Fighters for the second time this July for the US leg of their ‘Concrete and Gold’ tour.

But first, the band will be playing for their UK fans, starting off with a main stage set at Download Festival this weekend ahead of Guns ‘N’ Roses, followed by headline shows at London’s KOKO on June 19th and Manchester’s Gorilla on the 20th where the band will be performing all their hits as well as a number of new songs.