A LOOK AT THE KINGS 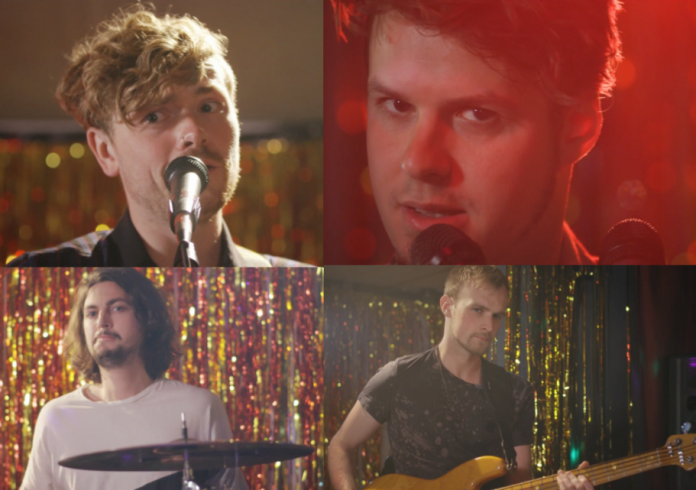 The King’s Parade have today released the tongue-in-cheek video for their latest single ‘The Look’. The song is taken from their brand new EP Woman out now.

The humorous video for ‘The Look’ finds the highly acclaimed London four-piece playing as a pub house band while they, and the audience, bat varying eyes of attraction around the room.

Regarding the video frontman Olly Corpe says, “We had so much fun making this video. We got everyone we knew involved, including some of our fans! ‘The Look’ is about jealousy and misunderstanding so we loved the idea of having all these stories starting from just a look or a smile. We drew from our experiences of playing at some of the worst pubs and clubs when we first started gigging; in the end some of the characters were almost too close to home!”

The song is the latest to be taken from the band’s new EP Woman, and follows the release of the EP’s title track, which addresses the issue of gender imbalance and led the band to be featured as BBC Introducing’s ‘Artist Of The Week’ and shortlisted for the ‘UMA Choice Award’ at the forthcoming Unsigned Music Awards 2018.

Elsewhere on the Woman EP are the new songs ‘Mirror’ and ‘Lemon Zest’, which both find the band delving deeper into their soul and blues influences. ‘Mirror’ is a driving anthem about realising self-worth and potential, while ‘Lemon Zest’ is a triumphant song addressing new artists in the music industry.

Speaking about the Woman EP, Olly says, “This EP is a reflection of the past year together as a band, but also an insight into how our writing has evolved since we started. We’ve grown with our sound and as we’ve felt more comfortable with the music, we’ve managed to let loose and be more expressive in this record. ‘Woman’ is a cry out for change. ‘The Look’ revisits past jealousy and bad habits. ‘Mirror’ is about realising you’re the only person in the way of your own success and ‘Lemon Zest’ is a comment on how artists are doing anything and everything to get their voice heard. All of these tracks have formed an EP which introduces ‘our sound’ but more importantly announces the start of something much bigger.”

In celebration of the Woman EP release The King’s Parade will play a headline show at London’s 229 on June 14th, which is already completely sold out. The band will also play a string of festivals across the UK and Germany this summer. All forthcoming live dates are listed below:

Previous article
IN A HEEP
Next article
THE STRUTS NEW CUTS