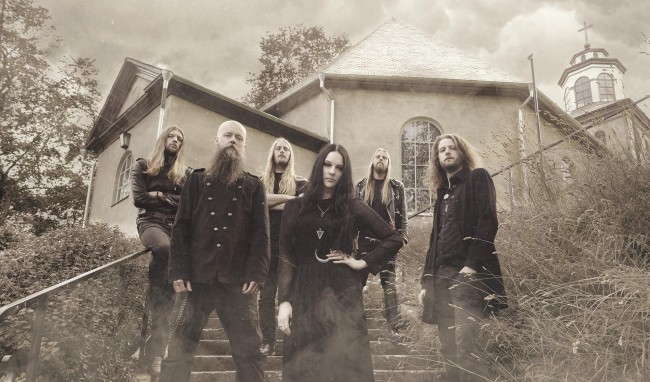 New one from the new-look band is online now

Founded in 1994 in the Swedish Säffle, Draconian gradually refined their sound of melodic Death Metal with elements of Black Metal, becoming more ponderous and doomy over time. Draconian’s sound has remained steadfast to its origins, in particular, the powerful vocal growls of Anders Jakobsson, one of the band’s defining and most unique features, along with newcomer female vocalist Heike Langhans sensitively interwoven melodies.

Draconian‘s sixth studio album SOVRAN, set to be released on Napalm Records October 30th 2015, is no exception to this formula, and immediately convinces the listener with Beauty and the Beast-esque vocal contrasts, striking accents, and threatening moods.
To celebrate the upcoming release of SOVRAN and giving a first taste of the new DRACONIAN album, the band just premiered the track ‘Stellar Tombs‘, check it out HERE!