The Spectre Of Spektor

With a sound that oozes psychedelic shimmerings, lashings of whiskey-soaked stoner riffs and infectious classic rock vibes, Red Spektor have absorbed a myriad of influences, but particularly tug from heavyweights such as Black Sabbath and Led Zeppelin, as well as the inspirationalLeaf Hound and Kadavar.

Formed in 2012 and coming at you from Stoke-on-Trent, Red Spektor wasted no time in getting their groove-laden blend of psychedelic blues rock out to the public domain. The three-piece quickly snagged profile supports with Attica Rage, Carousel Vertigo, Texas Flood and Lawless, and word soon began to spread about the irrepressible rising rock ‘n’ rollers. Red Spektor continued their assent when they hit the studio in the winter of 2014 to lay down their debut EP. This self-titled release landed last year and picked up a swell of support from the underground, as well as major magazine coverage from Metal Hammer, Powerplay,Terrorizer and Big Cheese Magazine, who all lauded the record. Metal Hammer cited the EP as having “….deeply satisfying psychedelic workouts, languid aftershocks and bolstered by a classic blues base”.The EP also captured the keen attention of Kozmik Records, who swiftly signed the band to their label. 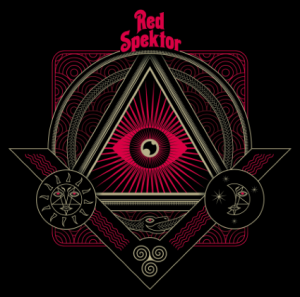 Red Spektor are now prepared to despatch their full length debut album. The record is a true gem and boosts ten slabs of stoner blues and psychedelic infused rock. From the opening blistering guitar lines of the hypnotic Before The Sunrise, right to the majestic final notes of the “Zeppelin inspired” cut Lost Soul, this album radiates pure class and boundless genuine groove. Red Spektor have just arrived and you’ll want to be around when they explode. Album tour dates will be announced during the coming weeks, so stay tapped into the band’s social media sites for details.