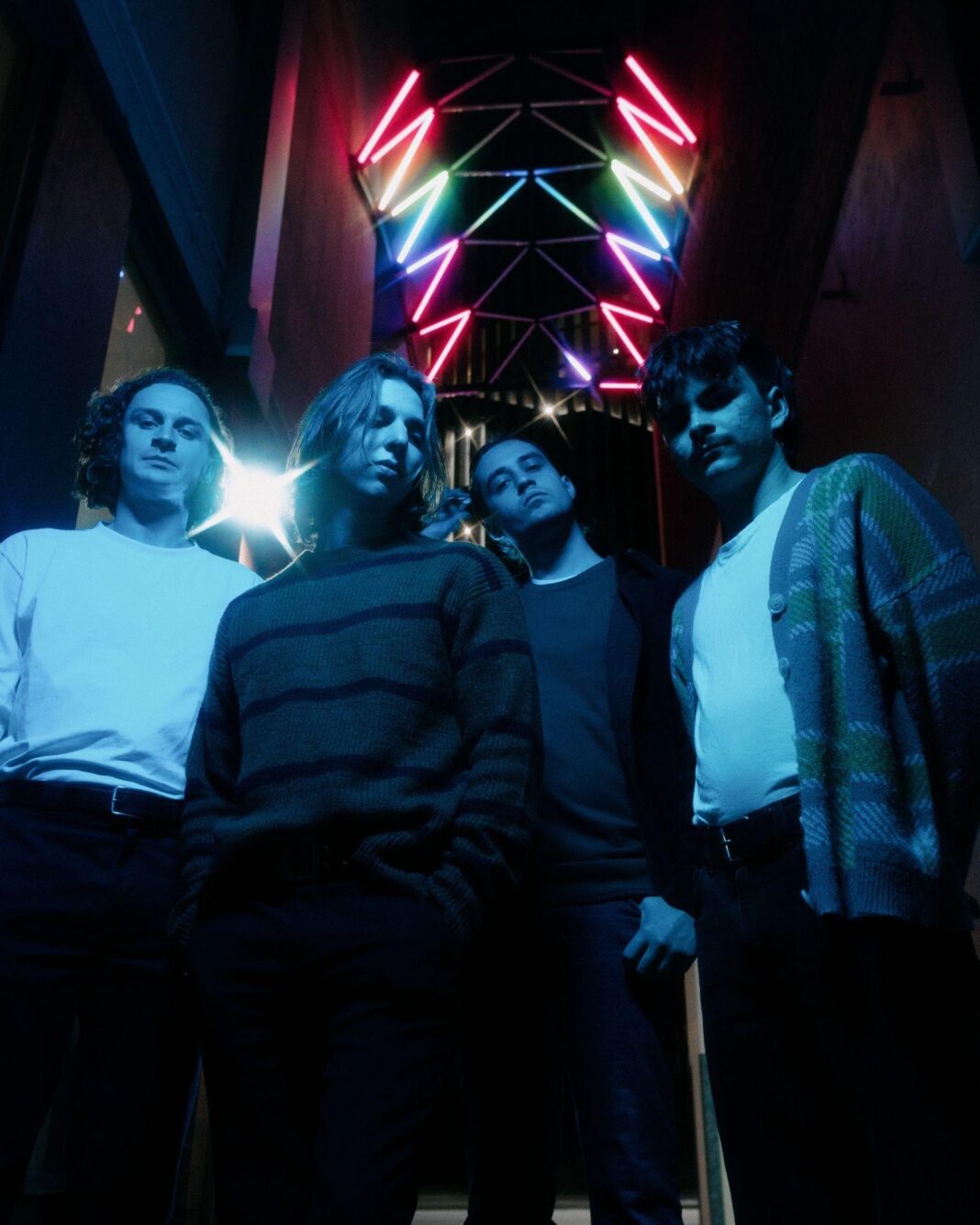 Australian rock quartet THE FAIM have shared the video for their new single ME BECAUSE OF YOU, taken from the band’s forthcoming second album TALK, TALK released by BMG on 8 July. Watch the video here: https://www.youtube.com/watch?v=yZBVLJ8kWzU

Talking about the song, bassist and keyboard player Stephen Beerkens explains, “Me Because Of You was written about embracing change and letting go of a past version of yourself, and the lyrics recognise the huge impact that someone else can have on the process. This song was also a huge milestone for us, as it’s our first release that has been completely self-produced.”

Me Because Of You follows four previously released singles from the album – the captivating The Alchemist; the celebratory ERA; the adrenaline-charged The Hills; and the driving Ease My Mind.

The band’s second album touches on themes of nostalgia, celebration, escapism, and self-discovery. Recorded between Los Angeles and Perth, the band worked with several producers on TALK, TALK including Zakk Cervini (Bring Me The Horizon, Yungblud, Machine Gun Kelly), Erik Ron (Panic At The Disco, Godsmack, Set It Off) and Matthew Pauling (Palaye Royale, 5 Seconds Of Summer, State Champs) to showcase their vast range of styles and tones.

Known for their non-stop touring and playing hundreds of shows, THE FAIM are eager to be back on the road after the pandemic lull. Having recently played at Rock am Ring and Download festivals, the band are currently on an extensive UK and EU headline tour that will also include further performances at many major EU festivals over the early summer, before heading home to Australia for a full headline throughout July. UK dates as follows:

Since forming in Perth in 2014, THE FAIM (French for ‘the hunger’) have built a huge global following, performing at major festivals including Reading and Leeds, Slam Dunk and Lollapalooza and playing sold-out headline shows around the world. They have accumulated over 150 million streams and written and worked with the likes of Pete Wentz (Fall Out Boy), Mark Hoppus (blink-182), Josh Dunn (Twenty-One Pilots) and Ashton Irwin (5 Seconds Of Summer).

The band’s 2018 single Summer Is A Curse was featured in an advertising campaign for Jeep, while the likes of Coca Cola and MTV have also licensed their music. To date, the band have released one EP (Summer Is A Curse) and their debut full-length LP (State Of Mind in 2019) and received praise and support from Spotify, Apple Music, Amazon Music, BBC Radio One, Kerrang, Rock Sound, Billboard, Forbes, and Alternative Press.