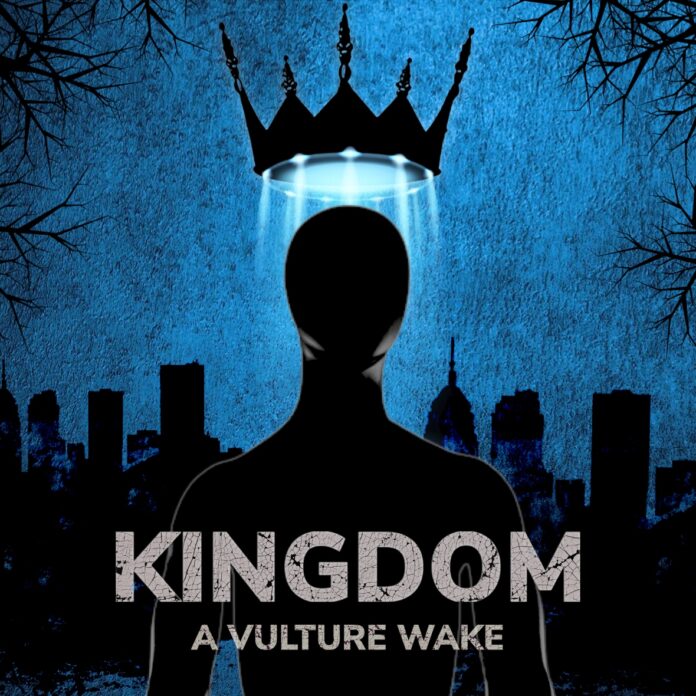 Every time you turn on the news, these days, things are getting worse. We are being failed by the cocaine-fuelled liars that somehow got elected. The same ones that profit on our misery, and get away with the most egregious abuses of human rights.

Frankly, if you aren’t seething with anger, you are stupid.

Based solely on “Kingdom” I am going to assume that things are just as bad on the other side of the world. A Vulture Wake have emerged from the Midwest with a righteous indignation and a scattergun approach to who gets hurt. Frankly, it doesn’t matter if you’re in the crosshairs or not, they are firing at you.

“Virus” surely, is for all those who looked at the Pandemic and went “who is profiting out of this and what the hell is going on.” Punk rock with a melody it rounds its anger on those who let this happen, “driving humans to suicide”. Now, normally I’d say here, “but it doesn’t matter if you buy into the lyrics”. Here, it kind of does. For all the screeching punk, for all the soloing, you need to understand the anger.

There’s a modernity to this too. The single “Red” is a little less harsh, there’s more pop in the melody, but the words still say “you are a waste of space and a waste of air”, who its talking about, you can decide for yourself.

“Choke” has an ominous, apocalyptic flavour (most of them do, but its particularly prevalent here) but there’s some fabulous songwriting all over. Perhaps, at this point we should discuss who A Vulture Wake are, and the answer is a couple of lifers. Chad Smith was in a Replacements offshoot and handles vocals, while bassist Dave Klein has had spells in Black Flag. The point is, they know how to do things. And when they harness it with the poetry like “We are building houses, from the bones of our fathers”, they are a sensational proposition. That’s what they do on the acid tongued “Sage”.

There’s nothing too long here anyway, but “Moths” flies in a little like Killing Joke inside 100 seconds, and the closing “Blood” might have something of the likes of Spanish Love songs in its tune, but it has a spirit of rage.

And there’s a line on that song that sums up the band. “How can you sit there and not give a fuck?” Well, how can you? If you do. Pick over this at will. The world is dying, but A Vultures Wake are at least providing the soundtrack to the abyss.