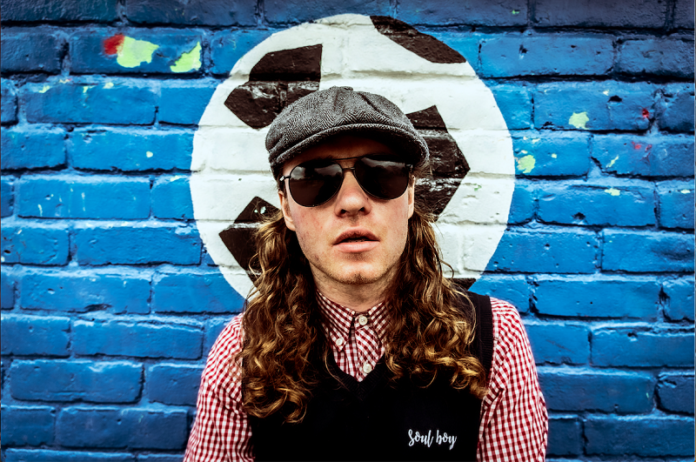 The Skinner Brothers have released their new single ‘Lonedon’this weekend. ‘Lonedon’ is the title track from their new EP which follows on September 23rd, and is the first new music from the rising rock ‘n’ rollers since their critically acclaimed album ‘Soul Boy II’.

‘Lonedon’ represents a confident evolution from The Skinner Brothers. Mainman Zac Skinner’s rasping vocal now possesses the soul to match its grit, a blend heightened by a more groove-orientated approach to the instrumentation. The result feels like a missing link between underground Brit indie-rock and the sound of Stax Records. Meanwhile, Zac’s lyrics capture the essence of present day London, expressing the paranoia and alienation of a loner in the big city. Its narrative reflects Zac’s own experience of moving to London as a teenager with the aim of making his mark in music.

The title track sets the scene for the rest of the ‘Lonedon’ EP, which captures The Skinner Brothers’ growing versatility. The second song ‘Mellow’ feels like a fresh take on the kind of emotive, anthemic slowburners that Oasis and The Verve are renowned for, while ‘Loaded Gun’ fires ragged, punky riffs over hip-hop inspired beats. And the final track delivers another surprise as ‘Make It Count’ merges summery psychedelia with lo-fi pop.

As we’ve come to expect, the ‘Lonedon’ EP was entirely written, produced and recorded by Zac in his home studio in Brentford.

Zac Skinner says, “I wanted the EP to have a mixtape kind of feel. It’s four different songs which I feel captures the essence of the band at this point.”

The ‘Lonedon’ EP is now available to pre-order / pre-save HERE.

Fans can also pre-order the first vinyl release of ‘Soul Boy II’. Issued on standard black vinyl and limited edition red vinyl, the album is available to pre-order here (black vinyl) and here (red vinyl) ahead of its release in September. Both vinyl versions feature ‘Lonedon’ as a bonus track.  T-shirts are also available here.

Having previously played shows as guests to Kasabian, The Streets, The Libertines, The Music and The Sherlocks, The Skinner Brothers will play a headline tour in October, as well as festival sets at Reading, Leeds, Neighbourhood and Live At Leeds. Tickets for their headline shows are available here.