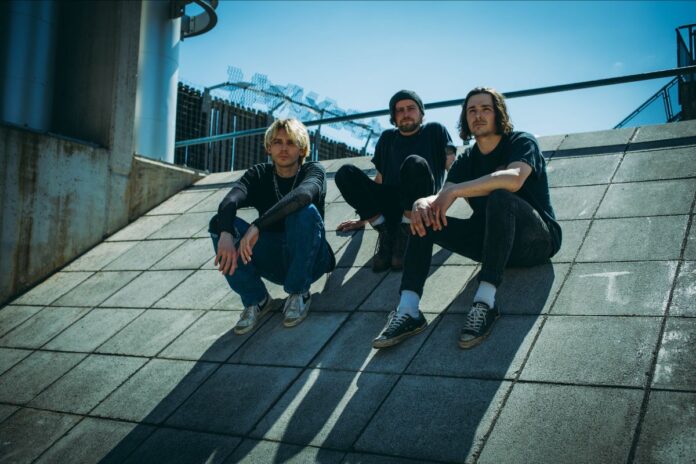 Ahead of the upcoming release of the roaring, fuzzy alt.rock explosion of their debut album, WE’RE ALL GONNA F***ING DIE, on July 8thonSO Recordings, the trio have today released new single, ‘don’t feel like dying’.

“It was the first song written for the album and was the catalyst for the tone and theme of the record,” singer/guitarist, Mykl Barton, shares. “It came from a tentative break in the noise, covered in dirt, soaking wet looking over a trench. Pushing back and trying to appreciate the single moment of peace, after a period of trudging through the shit. Learning to let go, and that everything must pass. The lows, but also the highs. Don’t hold on to either too hard. You’ve got what you got, and had what you had. We’re all gonna fucking die, and no one gets a sequel, so let’s go!”

‘don’t feel like dying’, follows recent singles, ‘belly aching beast’, ‘i’ve got more than i need (and i don’t have much)’ and ‘talking to the drugs’.