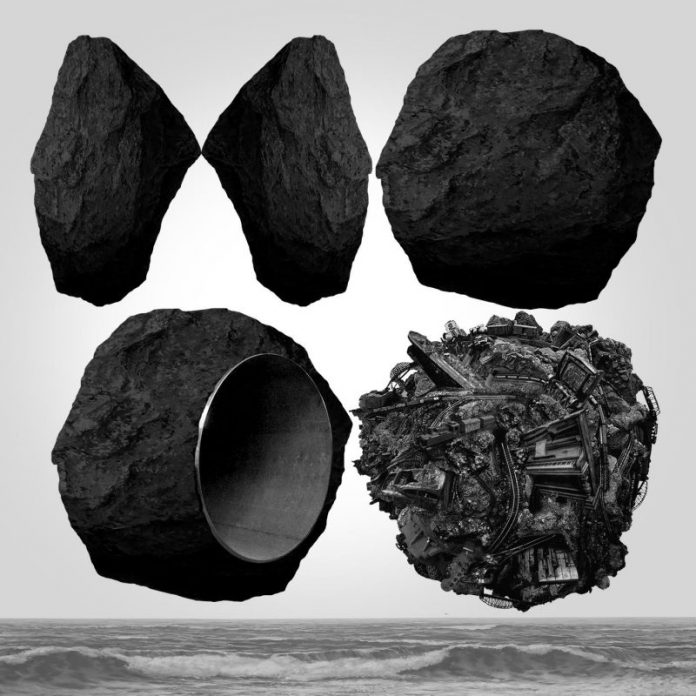 Four new, original songs are included, plus a version of “The Barbarian” by Emerson, Lake, Palmer — as a tribute and farewell to the late Keith Emerson — and a bonus instrumental featuring fusion/flamenco guitarist and composer Daniel van den Berg.

“The four new songs have an intense, ADD, frenetic character to them,” explains keyboardist Jason Rubenstein. “I didn’t intend it, but the music reflects the manic, multi-tasking, multi-focused frenetic life that’s become common in San Francisco and so-called ‘Silicon Valley’. This is my life as a narrative told via music – I’m pulled in five directions at once, like everyone else out here. There’s a tradition of music reflecting the manic nature of modern life, and I subconsciously tapped into that with these new songs.”

The music is riff-heavy, dark, and relentless. The trio of Jason Rubenstein on piano and keyboards, Chicago professionals Tom Hipskind on drums and Shawn Sommer on bass and bass synths balance the heavy prog sections with contemplative, almost Steely Dan-like sections. Rubenstein borrows ideas from the progressive metal, tech metal, jazz-rock-fusion, classical minimalism, and prog rock genres and mashes them up into new music not commonly heard from keyboard players. “The music requires technical facility,” explains Rubenstein, “and a lot of musical risk.”

The album was recorded in the musician’s personal studios and mixed and mastered by Rubenstein at his project studio in San Francisco.

The tracks on the EP are 1. “Three Ounces Into A Two Ounce Whiskey,” 2. “The Conundrum Archive,” 3. “Laboratories In Exile,” 4. “The Hero Leaves The Suburbs, Goes To Hell, And Comes Back,” 5. “The Barbarian (ELP cover)” and 6. “Veils in the Serpent Wind, Part II” (with Daniel van den Berg and Mirko Borach).