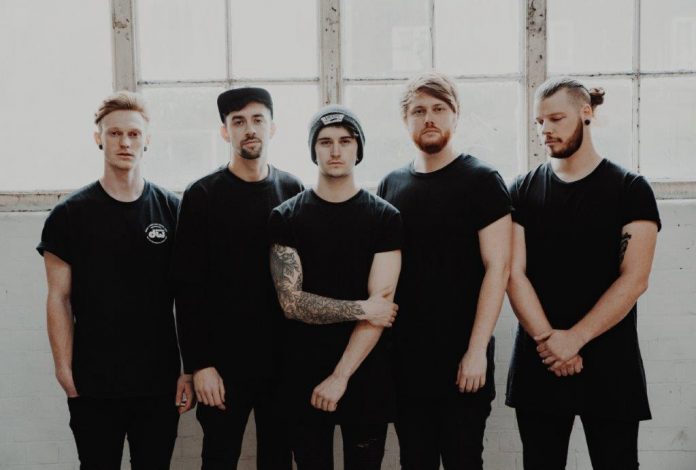 Birmingham progressive metalcore quintet OCEANS ATE ALASKA have confirmed that they’ll release their new album Hikari on the 28th July via Fearless Records, their first with vocalist Jake Noakes who joined the band earlier this year.

To coincide with the announcement the band have released a video for their new single titled ‘Escapist’, check it out here:

Pre-orders of Hikari are now live, with the band’s latest singles ‘Covert’ and ‘Escapist’ available as instant downloads:

“We have a huge amount of respect for Japanese culture, especially their music,” says drummer Chris Turner. “These unique and beautiful instruments have inspired us to create something brand new, and we are beyond proud of the end result!”

Having just returned home from a US tour with Born Of Osiris and label mates Volumes, as well as making appearances at Slam Dunk Festival and the Fearless Invasion showcase in London, Oceans Ate Alaska return to the road this week to headline the UK Tech-Fest tour.