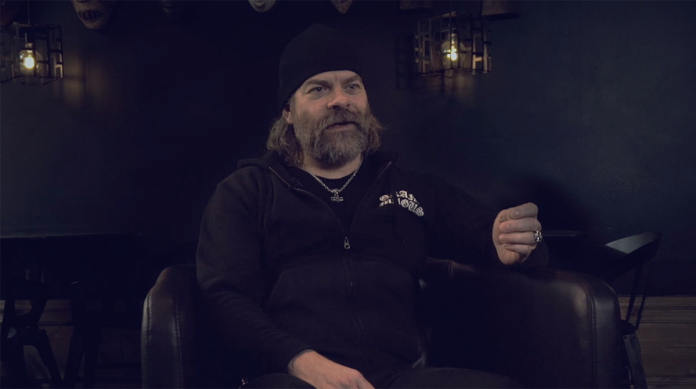 Swedish riff lords GRAND MAGUS are set to release their new studio album Wolf God on April 19th through Nuclear Blast. Today, the band has launched a multi-part documentary series entitled From The North – The Grand Magus Story. Watch as frontman and general overlord JB delves into the history of the band and explains the connection between GRAND MAGUS and death metal:

JB states:
“Dear headbangers! We hope you will enjoy this first part of FROM THE NORTH: The Grand Magus Story. You’ll get some stories about how the very first album came about and the people involved. More to come!”

Listen to the anthemic new single, ‘Brother Of The Storm’: youtu.be/Bn0o8Ly95UE

Wolf God majestically rises over the heavy metal scene, aided by those classic soaring riffs that we have come to expect from the band. The signature groove and heaviness that featured on the album’s predecessor can also be found on the new ninth studio album, which once again provides a fitting home for a number of future classics.

Recorded in Sweetspot Studio in Sweden, together with producer Staffan Karlsson (ARCH ENEMY,FIREWIND, SPIRITUAL BEGGARS), the corner stone was laid for another triumphal procession. As the majority of the songs were recorded on the first take, they have an honest, diverse and yet down-to-earth sound that envelops the trio’s true power.