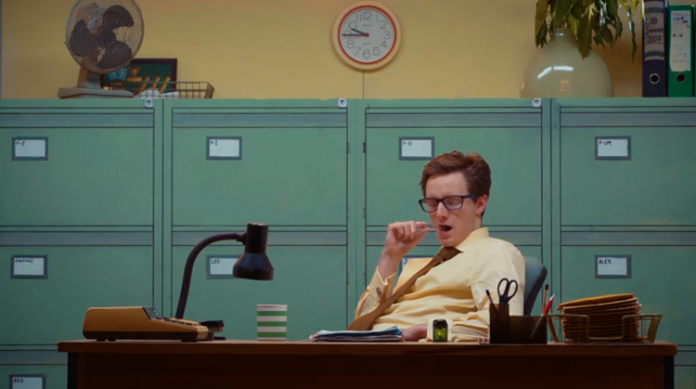 CoCo and the Butterfields have shared the video for their latest single, ‘Puppets‘, the second track to be taken from their upcoming EP Monsters, out this Spring.

Featuring an inspiring and playful narrative, the video sees a man’s frustration gradually build to unbearable levels before breaking away from the restraints of mundane day-to-day life, while the track builds through anthemic choral elements and stirring instrumentation.

The track is the second to be taken from their upcoming EP, Monsters, following the release of ‘Animals‘ in January. The EP was previously released as an acoustic collection of tracks and has now been re-recorded as a fully orchestrated representation of the band’s creative evolution since their conception six years ago.

Following a nationwide tour supporting Blue October in February, the band will be performing extensively throughout the summer, including two headline shows in Margate and Cambridge this month, a slew of festivals and their own UK headline tour, starting in October.

The band have built a strong reputation as a formidable live act, having been a staple of the touring circuit for a number of years, with past performances including festival slots at Glastonbury, Isle Of Wight and Bestival, and support slots for the likes of Bastille, King Charles, Scouting For Girls and Wheatus.

With a solid foundation of eclectic influence, live presence and masterly songwriting, 2019 looks set to be the year that catapults the band to new heights.

Tickets are available from https://cocoandthebutterfields.com/