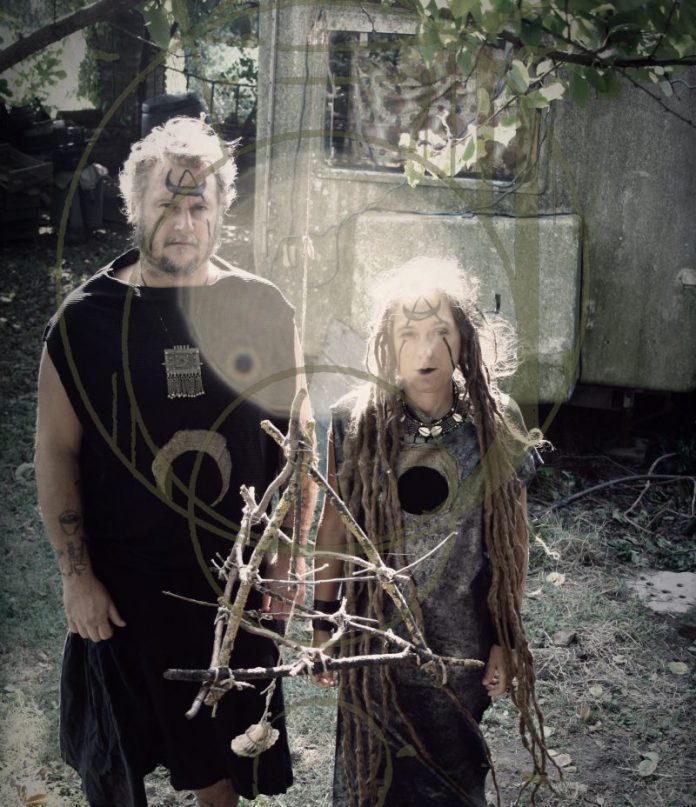 Another new track from OvO

“Creatura” is the new album from OvO set for release on 9 December 2016 by Dio Drone on CD, vinyl and cassette.
“Creatura” comes to life as a mutant entity after a long  period of gestation. Once born, its diversity becomes its strong point. Its uniqueness is not a limit: it does not create borders. Listen to new track ‘Eternal Freak’ now
It is an album whose originality is monstrous and colossal, a natural evolution of that which OvO expressed on “Abisso”. They have explored the possibility of intersections between extreme rock and electronica, digging deep down, and now they come out with this protean birth which renders them once again uncategorizable, on the outside of any scene  or framework.
Even the artwork reflects the path marked by the sound of the album, inspired by ancient and timeless symbols and iconography, by alchemical sigils of divination cards, yet with an original and identifying style.
A symbolic joining with the cosmos from which every creature comes and to where everything returns in the end. It all came from an idea of Stefania Pedretti translated by the hands of Coito Negato, aka Stefano Matteoli, a Tuscan illustrator and frequent collaborator with the label.
For the release, they bet on a recently established label which best represents the new and contemporary way of making noise and the new way of “do it yourself”. The world has changed and to survive DIY must change with it while remaining proudly in opposition to the system.
At the moment Dio Drone is the most lucid Italian response to this need.
OvO find themselves at the beginning of their seventeenth year of activity with very clear ideas and a will to surf a so fluid contemporary state, raising new complexities and refusing to conform.
The only thing which remains undismayed is their live appearances,  we’re on the brink of thousands of concerts all over the world.
“Creatura” was recorded by Lorenzo Stecconi in a barn normally used by theater companies and mixed by the testosteronic hands of Giulio Favero and polished off with mastering by Giovanni Versari. In addition to vocals and guitar, Stefania Pedretti also captured some field recordings during OvO’s tour in Vietnam.
Bruno Dorella took on his usual role of playing his few pieces of drums, synth and drum machine programming and  samples assembled by Dorella and Garaliya (or rather Morkobot), Riccardo Gamondi (Uochi Toki), Stefano Ghittoni (Dining Rooms), a034 and Reeks (Surgical Beat Bros, No Hay Banda Trio, Germanotta Youth). In composing the pieces, OvO used some of the methodologies of electronic music.
In particular, all of the base tracks of percussion and samples were first played live and then resampled, choosing loops in such a way as to
reproduce the mechanical aspect typical of electronica. On top of this Stefania added her infernal world of guitar and voice, dividing both into many layers with diverse overdubs to create the monster to which you are listening.
It is not said that in the future OvO might move to pure electronica but in any case, for the moment, they are going to take this “Creatura” all around the world for a few of years.
www.facebook.com/OvO666